I bought an S21 Ultra for my mom some time ago. She says she's enjoyed the phone for the two months she's had it. Unfortunately, she's experiencing a weird problem with the cameras now. She tried to record some videos earlier today. Her camera appears to "shift down" as the phone records video. The feed from the camera shows up just fine on the screen as she's recording. The problem appears when she tries to playback those videos, as it shows the recording tilts down, essentially missing what we intended to record in the first place. We thought maybe we were unknowingly aiming the sensors down, so we made sure to aim the camera at the intended subject(s). Still no luck. 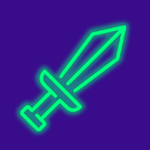 Galaxy S21 Series
Hi clear the cameras storage from the app settings, not the data just the storage.

Galaxy S21 Series
Hi clear the cameras storage from the app settings, not the data just the storage.
1 Like
Share
Reply

Galaxy S21 Series
Can you record us how is happening actually? Try to save anything of the phone and give it a reset it might help.
0 Likes
Share
Reply

I am facing the same issue "Camera Video is not working". I purchased recently and get shocked to face this issue