Galaxy S21 Series
Samsung galaxy s21, updated to the new one ui 4, love it but 2 issues 1. After recording a video I'm getting a green line running down the left hand side 2. When selecting a picture from gallery to send through direct share I don't get a row of tiles with suggested contacts but if I come out and try and resend it then I get the suggested contacts? I've included a screenshot but would appreciate any help 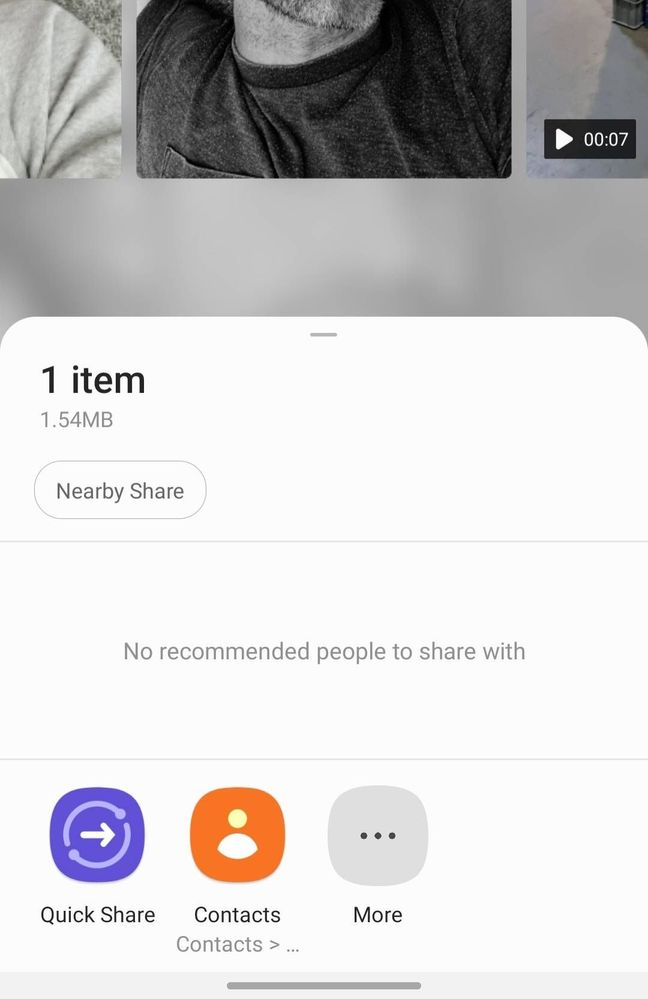 Galaxy S21 Series
The green bar issue was only present when sending video in WhatsApp on the beta software, it has been reported by myself and others and we assumed fixed for the full release but it hasn't been.
I have the same issue with the share menu not showing recommended contacts until I close and open again, this happened in all of the beta releases and I reported it each time, I reported it again yesterday after it still happening on full release.
I would report both these issues using the error report function in Samsung Members app - the more people who report the better as if it's just one or two they might think the problem is just user error.
0 Likes
Share
Reply

Galaxy S21 Series
OK thanks for the response, Ill report the issues to them this morning
0 Likes
Share
Reply