Musings one the S21 Ultra camera

I deliberately left my DSLR at home on a recent city break and took pictures exclusively with my S21 Ultra.  As I'd not really used the phone camera that seriously, I took pictures using both the standard photo app but made a lot of use of the 'pro' mode to capture additional copies in RAW (DNG).

The second oddity that I didn't expect is that the DNGs always contain an unzoomed image.  So at a setting of 1x you are using the main lens and the DNG and JPEG match up.  But if you move to 2x say, then you are still using the main lens but the digital zoom cleverness will be taking the image from fewer of the 108M pixels of the sensor.  As expected, the JPEG image gives you what you saw when you composed the shot and is still 4000x3000.  The DNG, however, gives you the whole view of the sensor, but still at 4000x3000 - i.e. the same as if it was taken at 1x.  The same is true for DNGs from the tele (3x) and super tele (10x) lenses.  The DNGs only give you the 3x or 10x view, even if you were zoomed in to 5x or 100x, whilst the JPEG copy gives you the correctly composed image.

This isn't so much of an issue for images from the tele and super tele lenses.  The DNGs for these contain all the pixels from the sensors, so cropping and rescaling the DNGs will give you comparable detail to the JPEGs.  However, for the main lens you would be worse off in DNG as soon as you zoom from 1.1x to 2.9x.  To explain, take an example where we take the picture at 2x zoom using the main lens.  This means that we are using only the central 25.2MP of the big sensor.  The magic of the digital zoom means that the 12MP JPEG image comes from processing all of these pixels.  The DNG  12MP comes from the entire sensor but when I get this into my editing software I need to crop it down to a 3MP image to get the same view as the JPEG (which was my original vision).  So even with the benefits of enhanced dynamic range and lossless compression in the DNG file I am still comparing a 12MP image with a 3MP one, which isn't good.

If I've missed any magic settings then please let me know.  Also bear in mind I'm using the current version of the camera app and that if you're reading this sometime in the future, things may have changed.  I'm also going to try the 'Expert RAW' app.  Early experiments seem to suggest that this is giving you a DNG file that actually matches the zoomed view. Yay! 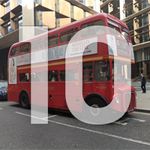