So after the July update, my Google Pay app stopped working. It now tells me my phone "does not meet the security requirements" and that "it may be rooted or running uncertified software". Of course, neither of those is true. It is a standard Samsung-supplied OS with no mods. Also, in Google Play Store, under "Play Protect certification" it tells me my device is not certified.

I will say that this has happened before. Several months ago it happened and I spent a bunch of time with Google and Samsung support, but it fixed itself after another update came out. Unfortunately, the August update hasn't fixed it this time, and this is becoming a real problem for me now.

Does anyone else have the same issue or have a fix? I'm starting to think I may need to get a new phone and move away from Samsung.

Yeah I had trouble with the Samsung security app coz I had an app called 'root' or similar name  on my phone, even though the phone wasn't rooted I had to uninstall the app then restart my phone, then it worked, don't know if you'll have the same problem, but eorgh a try?

Does your knox counter still show as 0x0

You may need to contact Samsung again / send feedback via your Samsung Members App or if local pop into a Samsung Service Centre.

Know counter is still 0x0. I will try their support again since this is infuriating. 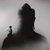 @DavidGlass Hello, if you have Developer Options activated, deactivate them, restart and check? Greetings.

Galaxy S21 Series
That was one of the first things I checked. Hasn't been enabled for months now.
1 Like
Share
Reply

@DavidGlass Check if you have the latest Google Play system update installed. Go to Settings / Biometrics and security, and check for updates Google play system update and also Biometrics security patch, it is located in More biometricssettings. Greetings.

@DavidGlass In this case I would try a more drastic solution, such as resetting the device to factory settings, installing everything from scratch and if the problem persists, go to an authorized technical service to reinstall the firmware. Greetings.