I am getting low geekbench 5 scores on my S21 Ultra 12GB Exynos version.
Software is updated to the latest AUBB firmware.
Single core : 639
Multi core: 2672

Though I do not notice any slowness or anything; just overheating when using the camera for more than 5 minutes.

Should I have this looked at by Samsung?

Galaxy S21 Series
this is my scores

Galaxy S21 Series
Honestly I'd not pay any attention to this benchmark as the results rarely pertain to anything meaningful.
1 Like
Share
Reply

the scores for geekbench 5 are correct for your device.

Also keep in mind that geekbench is a highly sintetic tests whose test do not represent any use case scenario for a smartphone, and PC wise its load are too light to be considered a good benchmark for desktop cpus.

So just ingnore it and be happy, your phone has nothing wrong 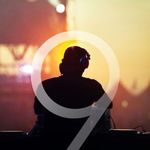 This is my S21+ for comparison, also Exynos.

That implies something isn't right and there's performance being used. Did you run the Geekbench test on a clean boot system with no apps running?

Galaxy S21 Series
I wouldn't take the results of the benchmark with any mind. I score relatively poorly compared to many other posters I've seen on here, yet my 3DMark and Antutu scores are typically at the very best. It's not a very meaningful benchmark as the score results would suggest, at least nothing in real life usage correlates.
0 Likes
Share
Reply

Guys a few words on benchmark: most are useless.

Antutu is a mess of a benchmark and the results do not give a depiction of the device capability since a part like UX could drive up the score while in reality not impacting real life performance (you test UX but you have already tested the cpu and gpu so testing UX is redundant). So the gaps between devices are often not described correctly by antutu compared to real life.

Geekbench as I said is not a reliable benchmark for the nature of the test: they are very sintethic and none of them is a computing scenario for an android device, it is like running a mining benchmark for an android device, you are testing thin air. Also there have been some reports that with android 11 geekbench scores have become unstable: devices which performed equally on android 10 now can have a variation of the scores between each others with android 11 and that is a sign of some problem with the way the app is written and interacts with android 11.

3D mark is nice because it is a syntethic/"gaming scenario" 3d test, like on pc the gaps between the gpus in real life are a bit smaller than the result 3d mark gives you since it is a bit systethic but it can give a good preliminary idea about what to expect from a device. Keep in mind that 3d mark tests the gpu and not the cpu.

That said do not bother with the score you are getting, may s21 get that score on android 11, some don't but looks to be a problem with the benchmark itself

For me too getting the low geekbench value  for S21. It is not same as the Geekbench benchmark score.  I don't know how many are getting the low scores . and howcome geekbench has got the highest score. For me the camera stutters while opening and gaming performance too is very poor.  It tried all even wipe cache partition but still the same.