S20 Ultra camera issues - How are Samsung getting away with it?

Galaxy S20 Series
Well it has been a massive inconvenience but I have finally wiped my S20 Ultra, set up a backup phone and now it is off for repair.
I wish I could say I am hopeful for a positive result but at this point (and after all the hassle it has been so far) I can't say I am.
The reason I am posting this is of all the Samsung representatives I have spoken to not one will acknowledge there are problems with the cameras on S20s and S21s and I understand why... they can't really or they open up a world of costly pain for themselves.
The problem is, they also cannot carry on burying their head in the sand either.
Reports of the camera issues have circulated online since the S20 Ultra was released. That was surprising enough but then the reports continue with the release of the S21 Ultra. We are talking about one of the biggest smartphone manufacturers in the world and they can release a two flawed flagship devices and then seemingly ignore users concerns.
Which makes me ask again... how are Samsung getting away with this? From my experience they really seem to be hoping this all just goes away.
Even though Samsung may not be willing to accept there is anything wrong I think a conversation I had with the person collecting my phone was interesting if anecdotal.
On handing over my S20 Ultra they said "Samsung must be having a nightmare with these phones as I am collecting them all the time".
Sometimes interesting information comes from the most unlikely of sources.
I would also like to add, I am not a Samsung hater... in fact I am a huge Samsung fan.
I own several Samsung TVs, a Samsung washing machine and dishwasher (the latter is awful mind you) a Galaxy Watch, and pretty much every Samsung mobile since the Galaxy S4 and for the first time in that entire time I am seriously looking at a other manufacturers after this experience.
That's how much this S20 Ultra situation has annoyed me.
Rant over... at least for now anyway 😁
2 Likes
Share
Reply
9 REPLIES 9

Galaxy S20 Series
I'd hope they get it very, very right next time around but I also thought they'd go out of their way to get the S21 right after the mistakes of the S20.

The R&D cost for developing a new phone must be eye watering and for a company the size of Samsung to not pick up on faults in one of the main promoted features of the new phone in my view is totally unacceptable.

It would be unacceptable if we were talking about a budget handset never mind their flagship devices.

All I know is it will have to be something very special to get me back on board with Samsung at this point.
1 Like
Share
Reply 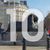 Galaxy S20 Series
What problem do you have with the camera? I got an A32 5G in the summer and the shutter routinely won't work when shooting landscape outdoors. It zooms instead. I've contacted and visited Samsubg about it but got nowhere. (And posted on here back in July - found two others with same problem).
0 Likes
Share
Reply

Galaxy S20 Series
When firing up the Samsung camera app the initial focus x1 would 95% of the time be by default out of focus.

The same when switching to all other default focal lengths in the app. Pressing on the screen to manually focus did nothing.

The only thing I found close to working but was still totally hit and miss was if you were trying to shoot at x1 focal length (for example) and you manually pinched the screen to go to x0.9 it might allow you to focus but by the time you had done that the shot was often lost.

The only focal length that always seems to focus was x0.5 all other focal lengths were practically useless.

To add to my frustration my phone pretty much worked without issue until a software update which appeared to screw up the camera.

So my phone is now in for repair which I hope sorts the issue but I now wonder if the same could happen to me in the future.
2 Likes
Share
Reply

Samsung will never f**k me over again. I always bought their flag ships, that is untill I bought the 1400 euro s20 ultra. Not only does it have **** poor battery life and abysmal processing power thanks to that bulls**t exynos processor, the camera performance is downright insulting. How dare they show me benchmarks with US phones containing a snapdragon, to rip me off with an underwhelming exynos? Tell me the camera issues will be fixed with updates so that I wait past the point where I can return the phone, to not fix anything update after update? I feel conned and I am ashamed that I was loyal to their brand.

If sometime you face any issue in your device camera you can restart the device and try to use it again.

Funny thing is, go to Facebook and post a new photo...select take picture and it takes a picture, but fails about 4-5 seconds later...but it takes a photo and saves it

Galaxy S20 Series
Please could you post if they fix it? I'm desperate to get mine back to how it was when I first had it. I only bought it for the camera and it was only good for about 3 months!
0 Likes
Share
Reply

@Turtleonfire wrote:
Please could you post if they fix it? I'm desperate to get mine back to how it was when I first had it. I only bought it for the camera and it was only good for about 3 months!

no they cant.. this is my last samsung.. no more anymore, because they selling flagships for big prices.. but for that specs its overpriced and ALSO we feeling much discrimination for europe users.. for example snapdragon makes much better photos and have better performance then exynos its like wtf? we paying same price and receiving different products.. looks like they doing some racist stuff like black and white like that.. I believe they will make same setups for all type of people and not select special ones.