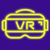 This is a problem I've had for probably over a year at this point.

When I first bought my Galaxy S20 Ultra 5G, I was using it on a different carrier, Straight Talk (they're a U.S. MVNO) and at that time they did not support WiFi Calling, even though the underlying carriers they use offered the feature. I was aware of that, and at the time it wasn't really a big deal.

For reasons unrelated to this post, I switched to Ting Mobile, which *does* offer WiFi Calling. And, in fact, when I set up my phone with them, WiFi Calling showed up as an option, and I used it several times. It worked fairly well, and because at the time I was in areas where T-Mobile (the underlying carrier they use for GSM phones) had not-as-good coverage as AT&T did (they're the underlying carrier I was using with Straight Talk), it was pretty useful to be able to fall back on WiFi Calling.

At some point, there was a system update (yeah, I can hear folk here groaning already) and afterward, WiFi Calling was just not an available option on my phone. At this point, I was still running Android 11. At the time, I did every iteration of pull-and-reinsert the SIM card, pull-reboot-reinsert, nuke-n-pave, etc. I talked to Ting, and everything they could see on their end was fine. They were really gracious and even sent me a new SIM card. No dice. Then, when I saw the Android 12 update, I did another nuke-n-pave and then upgraded. Still nothing.

Samsung tech support at the time had pretty much just given me the official guidance which covers everything listed above which I've done, and Ting tech support has gone through all the hoops on their end to ensure the feature is enabled, that I have a good SIM card, etc.

Of course, at this point my S20 is well out of warranty, and so when I went to my local authorized servicer, they advised me all they could do is get the hardware swapped out, but of course the cost for doing that (because everything is out of warranty) is, well, most of the cost of a new phone, so y'know, "why bother...".

I guess the reason I'm posting this here is a combination of a cautionary tale for others to be extra wary of any updates Sammy puts out, but also some idle curiosity if anyone in the community has come up with an actual solution (that is, something not covered by the preceding "what I've done so far" paragraph).

Galaxy S20 Series
After the last update a few days ago on my S20 Ultra 5G the wifi calling feature stopped working, it is available in phone settings and is on but no longer works, I noticed right after the update as I've been working and living without a phone signal so I was on wifi calling all the time. Hopefully they'll fix it very soon.
1 Like
Share
Reply

I turned on Roaming then it worked👍

Mine's never been off.

Galaxy S20 Series
Ok so the problem might have been somewhere else, the wifi calling notification came up after few days and is running and working 🙂
0 Likes
Share
Reply 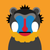 I have an unlocked Galaxy A52 5G (I know that you have an S20 but same issue almost) that I bought last year directly from Samsung that had Android 11 (now 12) and I never noticed the Wi-Fi Calling option missing because I never knew it existed until recently (I don't mess with phones a lot). Once I found out it did, I checked the Samsung site & other sites and confirmed the phone should have the option. It wasn't there so after a bit of digging, I found out I had to switch it on for my carrier & I went into my Ting settings to do so. I got it enabled and the Ting site said it should take a little bit of time and just to wait. I waited... for days. Nothing ever showed up in the phone to toggle on.

So, after this I contacted Ting and asked them about it and they took me through a step or two of troubleshooting then told me I'd have to contact Samsung because it should be fine on their end. Before doing so I also tried the remove SIM option, airplane mode remove SIM option, clearing network settings, etc. that I could find online.

After having no luck, I then contacted Samsung which asked me to try the Samsung Band Selection app. It did not work and I found out after trying it that Samsung had apparently patched it so that the app wouldn't work. I have no idea why Samsung support would tell me to use an app they had themselves patched from working but whatever. Afterward, I had to go through a few steps like clearing caches with the android recovery menu. None of this helped and the agent then told me we could reset the phone entirely which I loathe doing & I was really having extreme doubts it would work anyway. That said, I agreed. Given I have a lot of stuff on my phone, I told them I'd have to wait and backup things to PC and try it later so I had to close the support chat.

After that, I looked around again online to try to find options to avoid a reset and came up short. I did find one app that let me search through the various "com" files and things on the phone to see if I could find any trace of the Wi-Fi Calling option, and it actually did find one mention of it.

The date was strange considering this phone was in no shape or form in existence in 2008 so I assumed it's probably just a weird placeholder. Clearly whatever the app is though, it has not been updated ever as the updated entry is still the same as the installation date. This app I was viewing this from allows you to open the pages associated with the apps as well so I tried both the play store link (which just infinitely loads and never does anything) and the Galaxy Apps link that is just a dead link and errors immediately. The app also had an option to allow or prevent the app from running so naturally I attempted to toggle it off and back on, restarted phone, etc. Nothing changed. No option for Wi-Fi Calling period in my settings.

And here is where I am now. I was slowly moving things off the phone to attempt to reset it in a last ditch attempt to fix this but I have zero faith it will be there after since it was never there to begin with straight from the factory. At this point, if this reset doesn't work, I am going to ask Samsung & see if they will either fix this, give me a new phone, or SOMETHING. My warranty is still valid until September & there's no reason this option should not be there. I don't mind fixing things on my own but I've done my due diligence and at this point (assuming reset doesn't work), it's really on Samsung.

I know this wasn't a fix, but it does chronicle the ridiculousness over a simple phone option.