Feature Request: Introduce a Battery health percentage feature like iPhones so customers don't have to visit Samsung Support centres just to find out what their battery health is, it'll also help people be more confident when buying a refurbished or used Samsung phone with this feature.

Introduce optimised charging feature which would be useful for those who charge their phone overnight or a regular pattern, this feature is already used by iPhones and now Oneplus phones.

Bring 'protect battery' feature under Device Care from the Samsung Tab lineup to Samsung Galaxy phones, it caps the battery charge to 85% to preserve battery, Samsung tablet team are aware of battery health features so why not bring it to Samsung phones. I was able to access Samsung's root files to access the battery cycle count but ever since Android 10 it's been patched and needs root to access so bringing these on One UI 3.0 Android 11 or earlier would be really useful.

You ask too much my friend...

A battery percentage indicator and a battery cap at 60 and 80 per cent should be easy to done.

Though they have no convinience in doing so...

He's right tho 😂 Samsung still has the 2 year major update policy, it's clear they want people to upgrade as often as possible. Bringing these features would make people upgrade less so it'll probably never come. 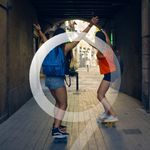