Most of my devices (Galaxy watch, Anker soundsync in the car) will connect to my S10 absolutely fine but is there any reason some devices that used to connect perfectly to my S8 (and still do fine with my partner's S8) no longer connect to my S10?

I can see them as discoverable but clicking on them just says "Couldn't pair. Check settings for this device and try again". The two devices in question are a bluetooth selfie stick and another bluetooth camera shutter remote. Anyone facing any similar issues? Seems odd and can't think of anything that could be causing the issue, don't really want to factory reset.

burg9
Apprentice
In response to Plezo

They solved this issue a couple months after I posted this via an update. All my devices have been working as expected for nearly a year now thankfully! So not sure what's happening with yours sadly.

Having the same issue!  My S10+ uses 5.0,  I think the device I'm connecting to must use low energy bluetooth smart, found this article.   It should still connect though, but I do think it has to do with the version of bluetooth you are connecting to. 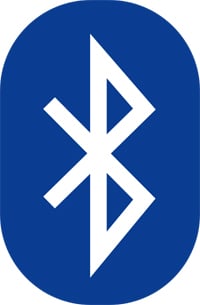 Bluetooth depends on both hardware and software to work properly. So if your devices can't speak a common Bluetooth language, they won’t be able to connect.

In general, Bluetooth is backward compatible: Bluetooth devices supporting the Bluetooth 5 standard should still be able to pair with devices using, say, the ancient Bluetooth 2.1, launched back in 2007.

The exceptions are gadgets that use a low-energy version called Bluetooth Smart, which works on a different protocol than older, or "Classic" Bluetooth devices. Bluetooth Smart devices are not backward compatible and won't recognize (or pair with) older devices that support Classic Bluetooth. (For example, an old Sony Ericsson phone sporting Bluetooth 3.0 won't be able to connect to a Bluetooth Smart device.)

burg9
Apprentice
In response to JLov

Well I'm glad it's not me at least. Given both my devices aren't powered by much I'd imagine they're also low power devices. Although my S8 also used bluetooth 5 and had no problems...

Pretty annoying, doubt there will be a fix from Samsung any time soon on this...

I have exactly the same problem with my motorcycle bluetooth headset from Senna smh5.
Quite frustrated, because this is such a expensive phone, and the bluetooth device itself is also high end...

burg9
Apprentice
In response to Plezo

They solved this issue a couple months after I posted this via an update. All my devices have been working as expected for nearly a year now thankfully! So not sure what's happening with yours sadly.

Thank you for your reply burg9.  This morning i reverted my phone back to factory settings, which didn't solve the problem too. So I kept on searching.
Just 10 minutes ago i have found a solution for my problem which occurs to more people.

"I've found a solution to this issue, I've downloaded an app on the play store called "bluetooth Force Pin Pair (connect)" by Solvaig JSC, ran it once and then you can uninstall it, still works perfectly fine !"