So I've just switched over to a s10+ from iPhone  x and don't get me wrong I'm loving the phone but to me seems the battery life is pritty poor, sent a few emails this morning and lost 5% on battery life?????

Galaxy S10 Series
I've only had one update since getting it? What's your current update version?
0 Likes
Share
Reply

Galaxy S10 Series
Me too, still on Feb update. 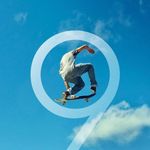 Yes my S10e has been updated 3 times since I purchased it directly from Samsung. The first update was straight after I received the phone. The battery drain was bad.

The 2nd firmware was early last week I recall correctly, that improved the battery drain alot.

The 3rd update was done yesterday, the drain issue has gone.

Each time I updated the firmware I did perform a clearing of the cache partition etc.  See my previous post for what I did.

My model is UK BTU check Sammobile site firmware section for the latest firmware available. I don't use this site to download and install, only for reference. I use OTA.

I would do a back up on a PC and do a factory reset if after the latest firmware don't fix the issues. Then restore only key data and manually install your apps directly from the playstore.  I think the drain issues arise from either poorly optimised apps or corrupt/conflicts caused my using the smart switch app when moving from your old phone to the S10.

Have you performed clearing of the cache partition etc?

Also fully charge it and then use it like normal it should settle in a day or 2.

Galaxy S10 Series
Not yet. As a former iPhone user I found a bit conplicated what you wrote but I will try. Thank you !
0 Likes
Share
Reply

Have you performed clearing of the cache partition etc?

Also fully charge it and then use it like normal it should settle in a day or 2.

Not yet. As a former iPhone user and not an IT expert I found a  bit complicated what you wrote but I will try when I have my PC with me. Thank you!

I received the update this morning as well. I downloaded and then wiped the partition cache and then charged it back up to 100% before leaving for the yard this morning. I've also finally conceded and changed my setting to night mode but I HATE the dark background as I find it much harder to see properly. I have used my phone normally and had minimal battery drain it seemed at first but I dunno. Will see. It says ibe only had 38 mins screen time and I'm at 88% but I feel like I was on it longer as I ended up having to wait almost 30 mins for my train plus wait for a bus for 15 mins (typical London engineering works) and was on my phone the whole time and then some...

I honestly hate the night mode. I have slight astigmatism in one eye and night mode makes it difficult to see (enough to have correction with my glasses but not enough for contacts correction)