Phone call echoing. Other end can hear himself. VOIP call.

This problem occurs on all samsung phone since samsung s9 s10 s20 s21..., according to this forum.

Its a conflict between the bottom speaker and microphone (bottom one for the s10). They could fix it with an update and they pretend they did, but it's not fixed for all type of phone call since not all calling apps making the same usage of the phone hardwares. I am on samsung s10+. I made multiple test. I DO NOT USE SIM CARD. I only make call via internet application VOIP call. On one of the app I use, I have to turn the speaker ON because the sound will stop being recorded from the bottom speaker and it fixes the echo. On the s21 it has to be something similar, but i can't tell exactly, don't have one and will never buy cause of this. On the s10 series it's definitely the BOTTOM MICROPHONE CONFLICTING with the BOTTOM SPEAKER and sending the voice back.

I called samsung but the service is so bad they telling me to bring the phone to a samsung center to have the phone checked for hardware issue. The thing is on another calling app they use both speakers all the time or it somehow has different settings for microphones and speakers usage.

This problem occur on other devices and I do not understand the genious behind it that is doing that mistake over and over again. For exemple, I purchase a Omen Blast gaming headset from HP and the microphone have a conflict with the speaker. The microphone constantly interfere with whatever is coming out from the speakers. They made it even more ridiculous because when your turn the microphone switch OFF on the headset, it enhance the volume interference from the speaker instead of cutting the sound output. Customer's are advised.

Matter-of-fact, VOIP call applications all has echoing cancelation options, but since it's not software issue... I can turn echo canceling ON and OFF and there is also a 2e degree voice canceling and a 3rd degree for extreme cases and NONE OF THESE OPTIONS FIXED THE ECHO.

AGAIN: for s10 seriea it's a conflict of the BOTTOM speaker and bottom microphone interfering together. It is 95% chances that its the same thing all the other samsung devices.

For s21 I heard turning wifi calling OFF may fix the issue. I guess it changes the way your phone call application uses the mic and speaker. Idk. I do not own one and will never do because of that unfixed issue.

I hope an expert technician from samsung read this and understand this with his language so he bring a definitive fix with his team. This is a very sad issue for such good phones

Please forward this to Samsung technician and manufacturer so at LEAST they stop doing that!

I've had the same issue on my Galaxy S10+

I thought it was due to the case I was using to house the phone in, and it's depressing to hear that it's an issue with the phone instead.

Oh. My. Gosh. I have been struggling with this for months!! I have the s21 Ultra and turning off Wifi Calling fixed the issue! Super mad and happy at the same time... glad I have a workaround but seriously Samsung!?? Fix your shiz!! Thank you for posting this tip! 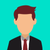 To check if it's a hardware problem, here's the procedure.