Galaxy S10 Series
The latest Samsung update on the 5.3.21, which apparently only fixed some calender and camera functions, has actually stopped many apps from working.
Since I updated several apps on my phone now won't work at all, won't even load, they just instantly crash.
These apps were bought and downloaded from the Google Play store and were all working perfectly fine until this update.
The update was the only change on my phone in this time.
I have discussed this issue on several forums and many people are all having the same problem and are very angry and frustrated.
Samsung need to fix this and fast
2 Likes
Share
Reply
3 REPLIES 3

I am having the same issue! 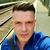