The Galaxy S10 line’s premium hardware is backed by machine learning-based software that makes it easy for users to get the most out of their phone.

Brand new power-sharing capabilities, AI-powered performance enhancement, and Intelligent Wi-Fi support make Samsung Electronics’ newest flagships its smartest devices yet. Let’s examine some of the ways that these exciting innovations will change how users connect, charge and power through their day.

Samsung’s Galaxy S10 offerings are not only incredibly powerful in and of themselves. They also come packed with cutting-edge technologies that add a whole new dimension to powering other mobile devices.

The smartphones’ built-in charging pad and new Wireless PowerShare technology allow users to use their phone to easily recharge compatible Qi-certified smartphones, and even wearables. This means that if your Galaxy Buds or Galaxy Watch Active are running low on power, you can top off their charge with your Galaxy S10. There’s no need for additional plugs or cables when sharing battery power, which makes the function perfect for urgent situations when you just can’t find an outlet.

The Galaxy S10 also allows you to charge your phone and another compatible device simultaneously using a single wired charger. This is especially handy when traveling, as it allows users to leave more cords and chargers at home.

The smartphones’ support for Fast Wireless Charging 2.0 enables them to charge up to 33 percent faster than the Galaxy S9 when using Samsung’s new Wireless Charging Duo Pad, which also features a Turbo Cooling Fan that reduces heat for faster, safer charging. The Galaxy S10’s support for this technology allows it to spend less time on charging docks and more time in your hands, ready to streamline your day. 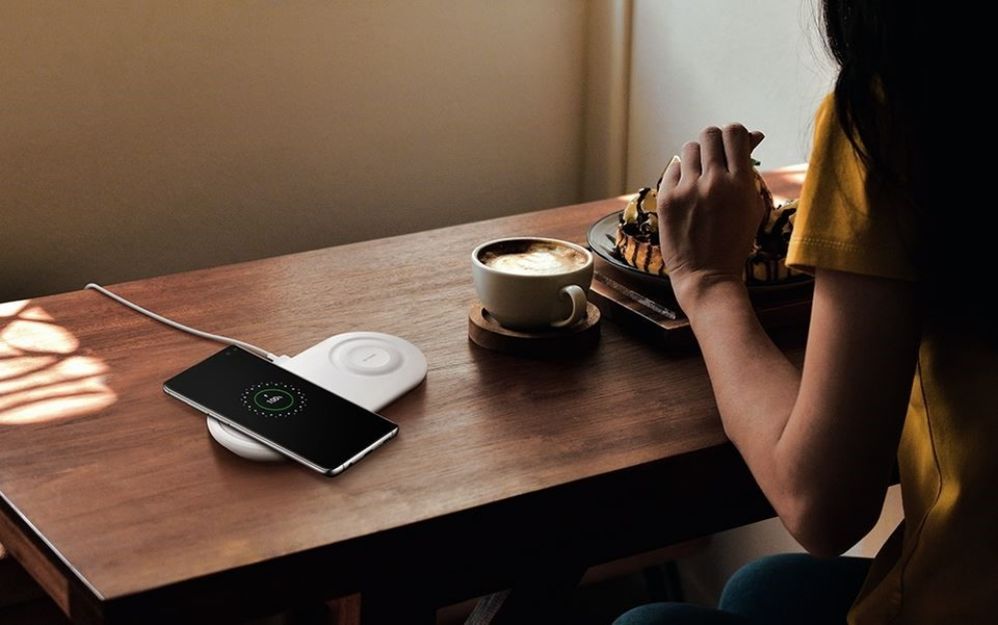 Because each of us utilizes our smartphone differently, the Galaxy S10 features advanced, AI-powered software that optimizes performance based on users’ unique usage patterns.

The smartphones’ Intelligent Performance Enhancer automatically adjusts settings for the battery, CPU, RAM, and even the temperature of your device to ensure stable, snappy performance. So frequently used apps launch faster, games run smoother, and your phone works harder when you need it the most. And because the technology constantly learns and adjusts based on your personal habits, it becomes more tailored and useful the more you use your phone.

The devices also feature an Adaptive Power Saving mode, which optimizes battery performance based on app use. This innovative technology categorizes apps into five groups based on how often they’re used, and regulates power usage to help you get the most out of your phone’s battery.

The Galaxy S10 also introduces a dynamic duo of technologies designed to bring an end to the days of spotty Wi-Fi connections.

The first, Intelligent Wi-Fi, allows the devices to seamlessly switch between Wi-Fi and LTE networks in order to foster safe and uninterrupted connections. It uses machine learning to recognize when you’re in an enclosed location where the Wi-Fi might be unreliable, such as an elevator, and it can tell when you’re on the move, like when you’re in a car or walking down the street. As soon as your Galaxy S10 registers changes like these, it will quickly and seamlessly switch to an LTE network connection, so you don’t miss a beat. In fact, it switches from Wi-Fi to data more than twice as fast as before.

Intelligent Wi-Fi can also help users steer clear of Wi-Fi networks that may put them at risk for phishing and malware attacks. The technology protects your phone against potentially malicious IP connections in advance, and will warn you before you’re able to connect. Should your phone encounter a risky Wi-Fi connection, it will alert you with a pop-up asking whether you’d still like to connect. 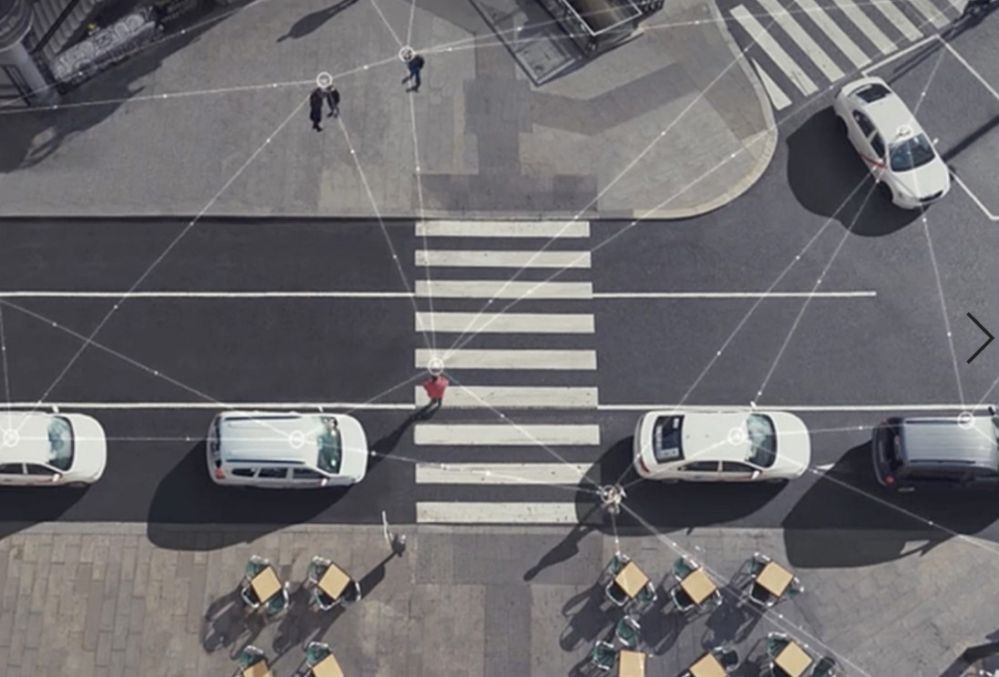 The Galaxy S10 devices are also the first phones to boast support for the next generation of Wi-Fi technology: Wi-Fi 6. Up to 20 percent faster than the previous Wi-Fi standard, Wi-Fi 6 takes downloading and uploading content to the next level. The smartphones’ support for the technology opens the door for much faster downloads – enabling users to download multi-gigabit movie files in mere seconds.

In crowded areas, such as airports and concert venues, Wi-Fi 6 allows users to enjoy four times faster network connections than other users in the same location. And perhaps best of all, because it consumes less battery than other Wi-Fi standards, it enables your phone to save power for when you need it most.

The Power to Do More

We’ve only just scratched the surface of the Galaxy S10’s performance upgrades – and there’s plenty to be excited about.

In addition to allowing users to seamlessly switch between Wi-Fi and LTE connections, the Galaxy S10 offers the fastest LTE speeds available. The devices are the first in the world to support download speeds of up to 2.0Gbps – an improvement of 0.8Gbps when compared to the Galaxy S9 – which means users can stream and connect faster than ever before. And speaking of speed, the Galaxy S10 5G, Samsung’s first 5G smartphone, is primed to take connection speeds to bold new levels by opening the door for users to experience network speeds up to roughly 20 times faster than 4G. 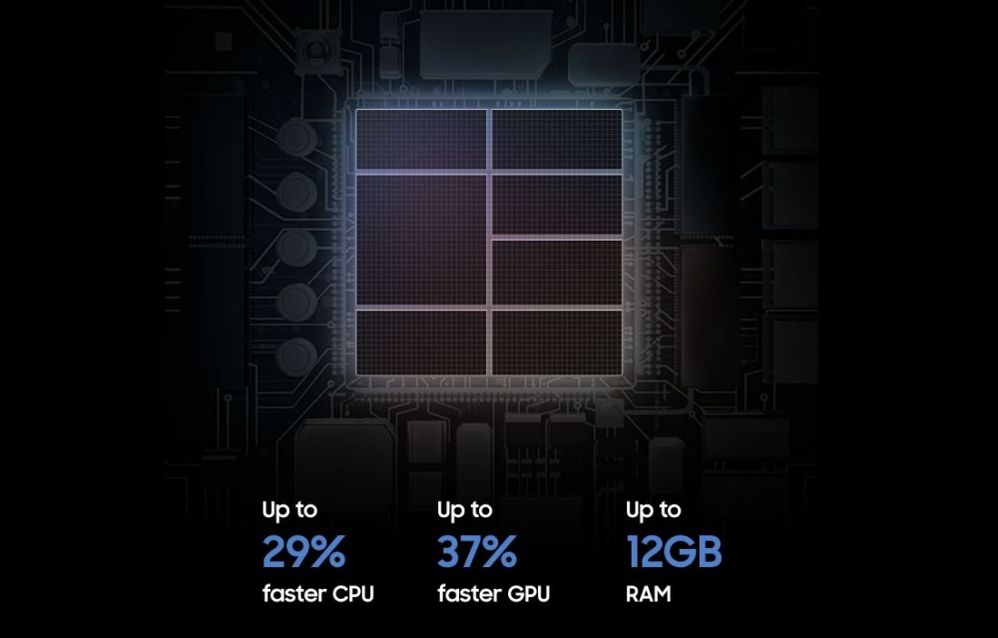 The devices also feature a next-generation 7/8 nm application processor (AP) that significantly upgrades CPU and GPU performance – by 29 percent and 37 percent, respectively – when compared to the Galaxy S9. The Galaxy S10+ is also available with 12GB of RAM – a first for the Galaxy series – which enables users to experience truly flawless multitasking.

Lastly, the Galaxy S10 line introduces the highest storage capacity ever available on a Galaxy device. The Galaxy S10+ is available with a whopping 1TB of built-in storage, and offers users the ability to add an additional 512GB of memory via microSD card, for a total of 1.5TB of storage space! That’s enough memory for approximately 768 movies, and enough space to put the days of deleting photos, videos and apps to make room for more behind you.

Galaxy S10 Series
The reason why I tend to choose Samsung is the combination between the state of the art hardware and the great software. But if I'm honest I'm as a tech kinda sceptical when I ready a few things in here.

WiFi 6, also known as 802.11ax supports a whopping 600–9608 mbit speed, that is simply insane, however - Will the storage memory in the phone support the same speeds as well (Otherwise it will be useless ). If yes, what is the practical speed of the storage memory?

Samsung has in the recent models always used Artificial Inteligence and I have to agree that Samsung is probably one of the best on the market for that, but what is the difference between the S9 series in terms of AI in terms of battery optimazation and WiFi Discovery? Or is it the same with minor improvements (Which is also great!)

I must admit, the dangerous Wi-Fi warning is great, my compliments for that one! In terms of QI Charging, awesome! Tried to charge a galaxy S10+ with a Galaxy 10 and it worked perfect!

Other than those few questions you can consider me extremely impressed.
2 Likes
Share
Reply

Yulian, my worries where unfounded - my compliments for this HUGE engineering feet. I'm surprised that Samsung managed to get these reading/writing speeds and yet, I'm still baffled that we have it these days (The numbers that the S10 supports are far more than your average internet provider supports).

About the AI
I also like the idea of hardware based coders and a better task scheduler, I'm still hesitant to voice absolute confidence in how it works because its mostly theoretical but knowing Samsung and my previous experiences with the company its hard for me to not be confident