The latest Android+Samsung Note 9 update appears to have some glitches in its system rendering contrasting fonts. The biggest issue is with the button grid in the pull down menu. (I much preferred the old icons btw.) The new icons are unreadable when inactive.

There are other issues systemwide, such as recipient text bubbles. For some, switching the theme helps or fixes the issue, but often creates others. See below for an example.

Q1: was this update not tested well? Q2: I don't believe there's a way to change the system font colors? If not, what is the solution? 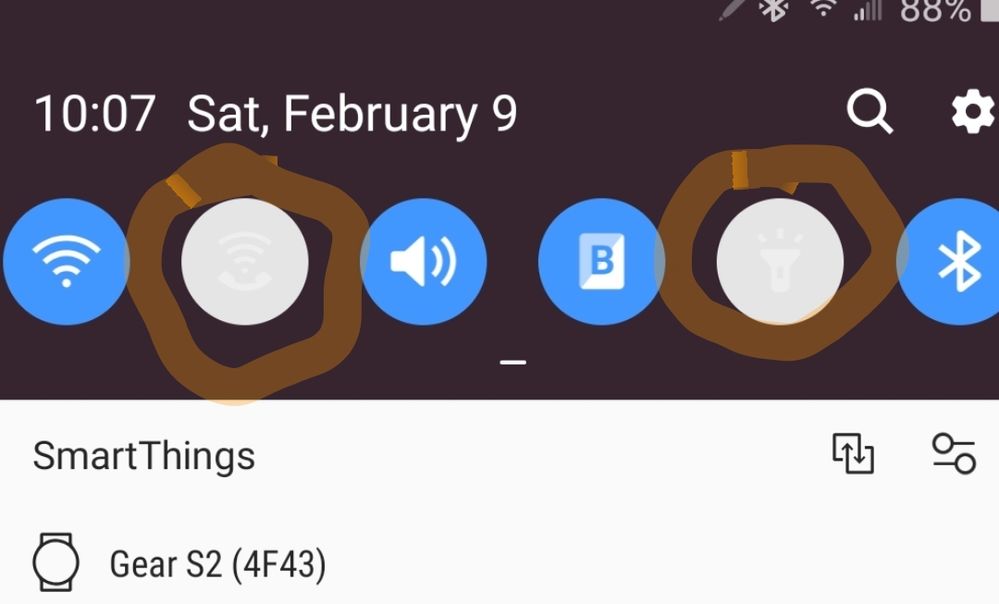 I figured out the cause of my issue and am sharing in case anyone else had this issue. I use custom Themes as Samsung encourages in the settings for changing the look of the phone. Themes are often created by small, independent developers. Samsung apparently does not optimize their third party Themes after major updates like the recent Pie update. There also does not seem to be a way to remove Themes or reset to default, nor to customize the fonts and other settings that are wonky.

I eventually found a new Theme made by a developer who had optimized it for the Pie update. I applied it and, while still not ideal, I can at least read all the fonts and icons.

I also noticed in my purchased items a handful of themes have an "Update" option, presumably their developers optimized the Theme for Pie and they should work better after updating. Note that SO MANY themes in my account do not have an update available..  Basically I will never be able to use them again!

This all seems like a pretty huge oversight on Samsung's part that could have easily been remedied! 1) reset the theme to default when the update is not compatible with an old theme, 2) provide a way to reset the Theme to default /remove a Theme, 3) and a system update message alerting users of Themes to update their Theme.