Not even 2 weeks ago I bought myself a Galaxy Note S20 Ultra 5g - as I pull my phone out of my pocket I come to find a crack on the right side edge of my screen. It never fell. It didn’t even touch a hard surface. Completely random, without any sort of force touching the screen. My phone has a cover and screen protector on it. This is so frustrating! How could a $1200+ be made so cheap? I’ve never had a cracked screen in any of my other phones. I’ve come to realize that others in different online forums have also had this experience with such defects. Have any of you had positive outcomes with getting this issue addressed?

Galaxy Note20 Series
No . Never owned one, but that is awful, they should replace it.
0 Likes
Share
Reply

Galaxy Note20 Series
there are actually a lot of posts regarding this, I would get in touch with Samsung and your retailer to find out, this might be something that's just kept hush hush.

if you Google it, you'll see hundreds of Reddit posts...

hope they sort this for you!!
0 Likes
Share
Reply

Galaxy Note20 Series
1200$£€ phone made cheap? You are certainly mistaken. It is extremely rare a screen or camera glass simply cracks without some kind of force or trauma being applied. Pockets with something in them even very small can cause this, drops even with case/glass may still result in damage, sometimes just impact and wrong angle. Unless a manufacturer realises there was a process defect in a material or process when phone being constructed ( thousands would be affected ) it will be pretty much impossible to prove it just 'happened' . I have only dropped my Note 20 Ultra 5G once, fell from jacket pocket getting out of car, good few feet impact to curb and not a scratch. Using ESR case and glass screen and camera and not even a mark, maybe your case or protector defective causing stress or pressure on screen or frame may be what's happened. I'm sorry to say I don't think you have a case, unless Samsung replace or repair any discounted price as goodwill but then floodgates would open on anyone who has damage ...
0 Likes
Share
Reply

Sometimes when a phone is in a pocket then this can apply stress to the housing if the phone too. Sitting down with the phone in a pocket can cause stress.

I use a Samsung Leather Back Case with a Whitestone Dome Glass Screen Protector and a dbrand camera module skin on my phone to protect it.

I've accidentally dropped my phone a handful of times resulting in no damage to the actual screen but I've needed to replace the Whitestone Dome Glass Screen Protector.

Yes there are other posts from people using different Samsung phones too who report spontaneous cracked displays of the screen and camera module and I'm not refuting what they are stating in anyway.

However proving a case to Samsung or the business it was purchased from i.e independent or network isn't going to be an easy straightforward task as such damage isn't covered under the manufacturer warranty.

Having a phone covered under insurance or via a Home Contents Insurance is the way to go in my opinion as a safe guard. Some Bank Accounts provide cover as a perk of the account.

I had the same problem.

Had my phone in jeans pocket and did not drop the phone. Developed a crack across the screen and fractured the bevelled edge. I suspect this happened getting in and out of the car.

I have the same issue. Looks like a design flaw in this phone. Same thing Phone was in front pocket with a Samsung case on and when I pulled it out small break on left side glass.

I'm on my 5th screen protector  which cracked less that 12 hours after t-mobile replaced. I have never had anything like this happen I'm on my 3 note series phone I'm ready to start using my note 9 again 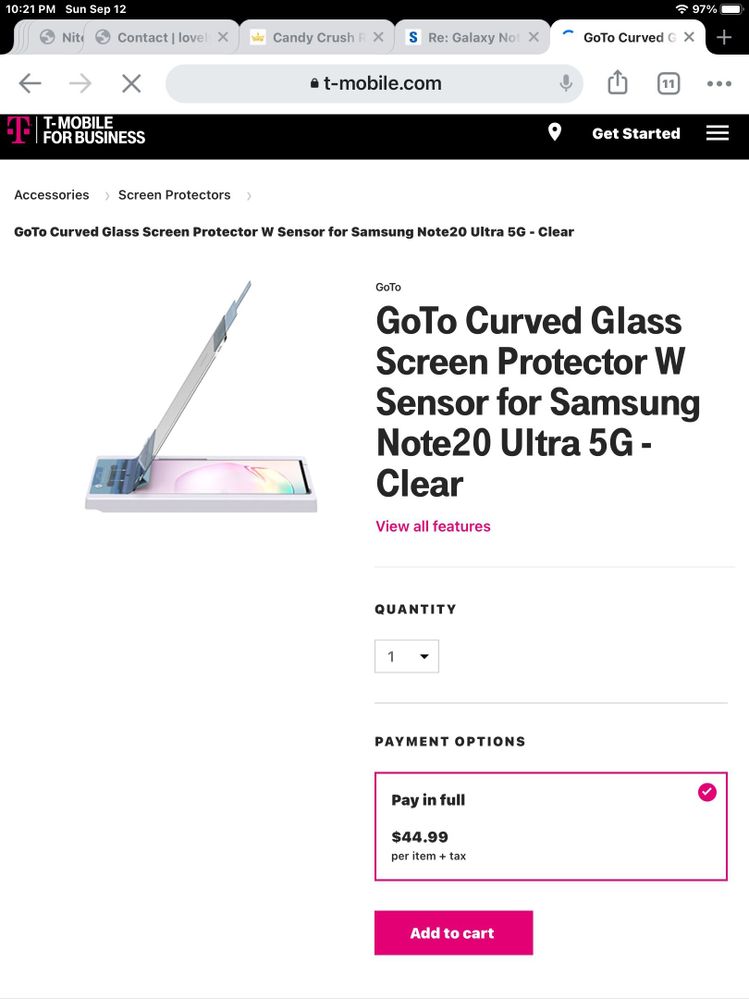