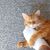 Galaxy A Series
After 2 firmware updates the fingerprint scanner has become more barely responsive when unlocking my a22 5g. And camera shortcut within the same button known as the power button is also barely responsive when i want to call for the cam app asap. Also phone performance has gotten worse since the current firmware patch. Feels sluggish. Apps run heavier.
2 Likes
Share
Reply
6 REPLIES 6

Galaxy A Series
I suggest that you delete the stored fingerprints, reboot the phone, and then add new fingerprints.
0 Likes
Share
Reply

Galaxy A Series
Not that Samsung is here.. Yet this is the very reason I am making bit of noise here about Samsung and their hardware /software

Coming from Apple, I feel like that I took a step back to stone age

Not that I need, yet Apple watch can get me to wash my hands every time I return home and it make sure I do 2 full minutes wash... Nothing like that with so called Galaxy 5 PRO

So in my case... I am back to stone age
0 Likes
Share
Reply

Galaxy A Series
I get that trick. Seems like what your saying is the fw update has corrupted my registered fingerprint data cause it to be temperamental. Will definitely try you idea soon.
0 Likes
Share
Reply

Galaxy A Series
Uh? What did i just start? I've always been an android user since Xperia s lt26i. I don't really care about apple. I just came here because this is my first, well... 2nd samsung after their failed Armani heap from 2009. Because sony has failed me as a consumer trust after the failure of ps, TV's, phones all suck and i wanted a new experience after using Xperia s, sp, t, z2, z5 premium, xz1 and 5ii. And the a22 5g was all i could afford at the time. Im just having minor hickups with samsung phones. Where is sony effs up everything. So far i love my a22 5g more than the 5ii. But I'll never touch anything apple ever. Unless its sweet and juicy. And I don't really use the Samsung software on this phone as im more familiar with googles default software and Microsoft. I just have performance issues with sams fw.
0 Likes
Share
Reply