I've always enjoyed my Samsung smart phones, but not my new A51. I have a serious problem with bluetooth. Bluetooth connection keeps disconnecting and/or stuttering. I have a feeling its software is buggy. Has anyone faced this issue and if yes, do you know of a solution? I have updated the software to the latest version.

** Further updates (4-Feb-2020): today while playing an audio book on my bluetooth headset (Samsugn Level U), voice disappeared and I could only hear noise; I had to restart the phone to resolve the issue (back to Windows 98 theme); I hope Samsung can resolve this asap. It is a serious issue.

** Update (14-Feb-2020): after a few days of testing, I can confirm the Bluetooth issues no longer exist. I have been playing Bluetooth audio and no disconnections or stuttering occurs. 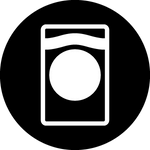 Clearing the cache and resetting the network settings has nothing to do with the bluetooth problem.

My phone had the problem since I first got it and it also had it after reseting everything again.

As I said, for me clearing the bluetooth cache and network settings made things even worse.

I want to ask if someone COMPLETELY fixed the problem by empying the cache etc.

Because if the sound cuts every 20 seconds and after all now it cuts every 40 or a minute, it is not a solution.

And it is hard for me to believe that clearing the cache works in some phones but not in all phones.

A solution should FIX the problem completely.

Also 5g wifi or 2,4g wifi has no effect, as someone said earlier.

I believe that the only solution is flashing the earlier rom as suggested, but this whould be a first, when you have to downgrade a new phone for it to work.

Some users have reported that clearing the cache and resetting helped, even if not universally.  I am aware that others have a solution by flashing the  firmware  but still users should always be careful, will not go too much into this here.  Customers can  find information on various sites.

It's quite disappointing knowing this is a well known fault but samsumg still hasn't fixed it. a phone should work out of the box or at least work with a update/patch everyday users shouldn't need to reset Bluetooth settings & network settings to get Bluetooth working I paid over $600NZD for this phone it's used at least 3-4 hours per day for music all via Bluetooth as I hate cables & I might take it back for a refund disappointing as I love the phone apart from this Major Fault.

I too am awaiting a response to this issue from samsung here in the UK.  This needs urgent attention as it's a huge disappointment to someone new purchase when it cant they the  basics working and have no way to know if a fix is round the corner.  Help your fans stay faithful by fixing this asap.

Galaxy A Series
The Bluetooth issue start after the frist update in February 7 version A51FXXU1ASL6/A515FOXM1ASL6/A51FXXU1ASL3 Than the problems starts in my car Bluetooth connection with the R-link Incoming conversation was bad and now almost 2 weeks it's okay and also the connection with Spotify. Samsung will solved this problem
We need patients till next update When??
0 Likes
Share
Reply

Galaxy A Series
I also experience the exact same problems described in this thread. I'm from sweden with the firmware A515FXXU1ASL6.

I contacted the support by phone today and they told me that there would be no update and that they didn't know about the problem. I don't think that the support staff understood the problem (they probably thought that I asked about the next version of Android or something of that sort).

Lyckily I got them to let me send an email to someone with techical knowledge (more than none at all i hope) and got to describe the problem in detail with reference to these threads on the supoport forums. I really hope for a sollutino soon because this flaw makes the phone more or less a brick to me.
0 Likes
Share
Reply

Galaxy A Series
In what way did they help you to solve the issue? What did you do and what changed afterwards? And how is it not the final solution? Thanks
0 Likes
Share
Reply