Sort it out Samsung. I'm not impressed!

Discussions
So the beta this time around is a complete farce, having decided to opt out of the beta and proceed with smartswitch download I'm still unable to roll back to android 10. What the hell are you playing at, one of the biggest tech giants in the world and you can't even manage a beta program.. I've had Samsung devices since the original Omnia device and seriously if I had the money to jump to another flagship device I would but I'm stuck in beta no official announcement from the devs on what is going on or any ETA, yes its frowned upon to ask for an ETA but that's in the Xda world where people give up their freetime but you guys, this is your paid job to sort. Absolute rubbish. Not impressed one bit, nor are many other people in this beta forum.
Edit: could you like this post if you agree and let's try and get this post noticed by the Samsung beta team that are working on it. Thanks.
6 Likes
Share
Reply
18 REPLIES 18

Discussions
You shouldn't install beta software on a device you plan to use daily, you're just asking for trouble at that point.
1 Like
Share
Reply 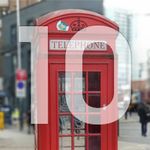 Discussions
Well tbh you guys allowed them to be Guinea pigs so that they can dish out final version to everyone else so if there is an issue with the final release in other markets they can still use all the Guinea pigs for further testing as they did for 3rd beta. I think we should get final patch by Monday. Obviously that is wishful thinking nothing written on stone 🤓.
Worst beta experience of 20/21 so far.....

Discussions
I get that and I can live with things not working for a short period but comon it's been going on far to long now and we ain't having any correspondence from the dev team. Last beta Android 10 had issues but it didn't last this long and we was regularly updated.
1 Like
Share
Reply

Discussions
you do realise there's another BETA patch that's been released over in Korea?

Discussions
too all those that say official firmware has been released it hasn't. all the official releases have the same build number as the beta we are on now. they are on official beta same as us with the same bugs as us. it seems carriers only have android 11. as far as I can see carriers are rolling out beta firmwares as official
0 Likes
Share
Reply

In general we do not recommend to join the Beta Program with the devices that are the main source of communication to users (the mobile phones used daily for personal use, not for testing purposes). Beta Program is meant to let users share their opinions, suggestions, and observations before the final version of the software is released. It also helps developers decide which changes and improvements should be added to the final release.

Currently, there is a problem on 3.0 version which doesn't allow Beta Program to end, before the situation is completely resolved.

There is a plan to implement the changes made for other models (that will get an update to 3.1 version) also to the Beta version of S10 (or update it to the 3.1 version right away as a next Beta version). And then it will be tested again to make sure that it is stable and no other problems appear 😊.

Discussions
I just hope they are prioritising this as reports suggest they are pushing android 11 updates out to other devices.
0 Likes
Share
Reply