My 980 pro drive is defective. It works but not as expected.

I did buy the drive because it was the best performer compared to price and on par with my Corsair MP600. But now it is broken. My question is, how to let it replace for a driver what has the same performance as I had it on day one.

I did do the following: 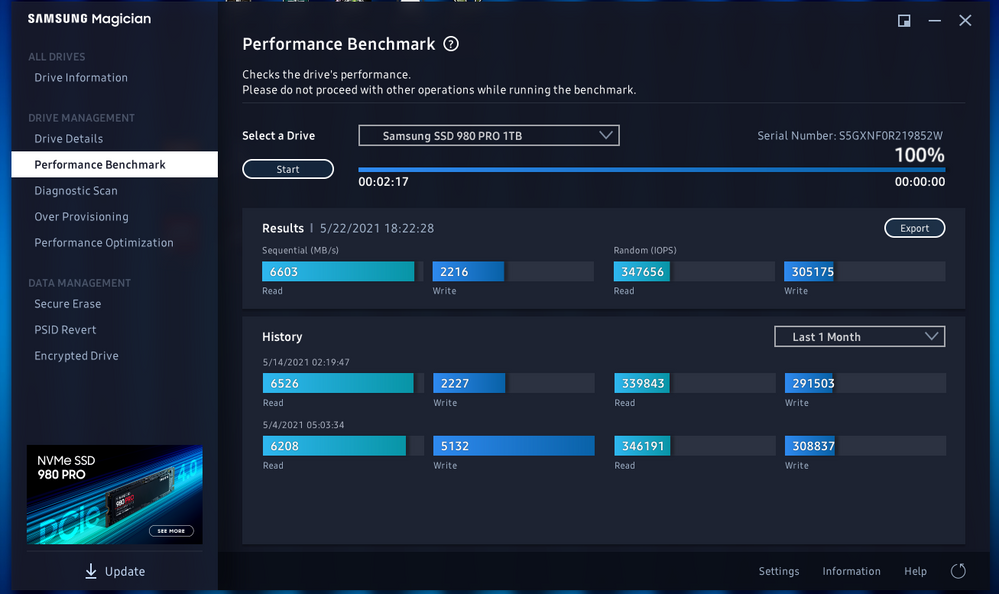 Computers & IT
I don't know what your question is.

If the drive is defective and you bought it on the 4th May then you should still within the return period, which is usually 30 days. So return it.
0 Likes
Share
Reply

The problem is, I my supplier says that it is not defective. And in that I do not agree. Because the write speeds are totally out of specs as advertised.

But in my opinion the SSD is defective because it comes far under the 4500 MB/s.

To put it all in perspective:

Computers & IT
This seems like an issue you have to deal with, with your "supplier".
0 Likes
Share
Reply

So I can say to them Samsung agrees it is defective and I can get an replacement. Nice to know. I will tell them and send the SSD back to get replaced.