Summary - The i7-1260P has always seemed a bit sluggish alongside my i5- 11th Edition on my Samsung Galaxy Book Pro 360.

In its defence the Galaxy Book Pro 2 360 is in my opinion is still ahead in all respects of performance, weight, thinness, etc of the Dell XPS 9305, HP X360, etc. It also looks so much better than a MacBook Air M2.

Computers & IT
Have you installed the update and if so have you noticed any change?
0 Likes
Share
Reply

The update is installed but I have not noticed anything different.

There is something a bit strange about the i7-1260P  12th Gen when compared to the 11 65G 11th Gen. It feels a bit slower and not as snappy. It could be the extra level of security in the bios at boot.

All in all however the Galaxy book Pro 360 2 i7 is a good machine, most things happen instantaneously.

- Narrower bezels, especially the chin at the base.

- Higher capacity battery, say a 72 as fitted to the LG Gram

An alternative could be the Huawei Matebook X Pro, but its not released yet in the UK.

(I have a Matebook and its a good desktop workhorse)

I dont see an option to enable virtualization in the bios.... 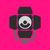