What is going on with eARC update for the soundbar HW-Q90R?

I need some clarification, as to be honest the Samsung support staff are hopeless with knowing anything about their own products.

I was on chat with support enquiring about the eARC firmware update for this soundbar, he replies to me saying it doesn't have eARC?!

the whole reason I purchased it was because of this update, I have the LG C9 which is eARC!

if they don't provide this firmware update to allow it, then this soundbar is going back for a refund.

@Dyltone wrote:
I wish you could hear what a bunch of whiny children you all sound like. You nit-pick this sound bar like you guys have some audiophile wet dream home theater room.
It's a sound bar. Let me say that again. IT'S A SOUND BAR!!

I have a q90r TV and sound bar. I like them both, a lot. The TV is beautiful. Is it better than OLED? No, but I didn't pay OLED prices either. The sound bar is light years ahead of the TV speakers. Is it as good as my Klipsch Reference speakers? No, but the sound bar cost me less than my RC-7 Center Channel did. It's still loud and clear enough that I can't turn it up more than 1/2 way without the Mrs complaining. That should be plenty for all but the top 1% of the top 1% of use cases.

Even without E-ARC the system performs amazingly well with audio sources I've used. The surrounds and sub have not dropped out or lost connection, even a single time in my setup. If you are having issues, maybe you should look elsewhere and stop blaming your sound bar for ruining your life. Also, swearing off some company because they delayed a free update is hysterical. If it was ready, they would have released it, don't you think? Maybe it's because of your constant complaining that they have delayed it because OMG If they would have released it and it didn't work perfectly...

You all need some perspective. Don't both responding, I don't care what you think.

You're right. But in my case the soundbar didn't even support arc correctly and did not recognize my HDMI inputs coming from my C9 half to time. Anyone would be upset with spending $1400 on a soundbar that doesn't work as expected.

When it does work it sounds amazing. But I'm not one to unplug and plug back in a device everyday in order to hear the sound. And no it's not elsewhere. I changed out my cables and tried a dont soundbar which all worked perfectly. All errors point to the Q90R.

returning it was the best decision I've ever made

_oSo_
Navigator
In response to zoric
I agree with you @zoric, as I mentioned before the sound bar works great, it delivers great sound and in my case I have not experienced any connectivity issues as some other users have reported. However I bought the soundbar because of the eARC update promised by Samsung and echoed by many tech reviewers. It’s not about whining and complaining senseless or being childish crying for a candy. It’s about demanding a company to fulfill a promise under which a product was marketed and sold. The issue is bordering the line of what some will call a “scam”, if Samsung didn’t not have this so call eARC ready then they should have not advertised it, it would have saved many people the trouble of having to complain about something and the people who would have purchased the soundbar would have been satisfied with it since they wouldn’t be feeling like something was missing. But this is not the case, Samsung said that eARC was coming on this soundbar as an update and it hasn’t come yet, “a year later”, and those who purchased the product because of this feature have the right to be and or feel unsatisfied and complain. And they are doing it in the right place which happens to be the Samsung forum. Unfortunately not even a word from Samsung here which is also frustrating and shows no real care.
I repeat again, I like the soundbar, but what I am getting from it is not what I paid for and what I’m actually getting from it is not the reason I bought it.
Again I make clear it is not childish to demand a company to fulfill a promise under which they market and sold a product.
I work in sales and false advertising is a big deal, in my company if we Advertise a product under a particular price or characteristics by mistake we will honor the price in order to ensure customer satisfaction.
Customer service is a most everywhere specially for a company that pretends to be premium in it’s class. For those who don’t care about how they are treated it’s their own choice but for those in this forum who feel upset and complain I believe that they are right to do it.
It doesn’t take too much reading to see how some people express themselves and treat others in this forum to see what kind of people they are. Respect to others and their opinions is important and the only way we as consumers can get good quality products is by demanding them. Conformism only benefits the company not the consumer.
3 Likes
Reply
Highlighted

I’ll respond, I don’t care about your thoughts either.

As others have stated, it's about the fact Samsung misled consumers. We all have a right to our opinion. We respect everyone views on this forum but you're just being disrespectful. You have a right to your own opinion but don't start calling out others because you're happy with the soundbar. Good for you.

It's really not that deep! I don't think anybody is feeling suicidal over the Q90r Sound bar! The fact of the matter is buying this bar one pays premium prices so one would expect a premium service. The Sony counterpart got updated to Earc in a matter of months of the technical being available but with Samsung a part of there selling pitch was the Q90r will be updated in a firmware update. So any potential customer looking for a Earc sound bar would consider this bar and maybe buy it with the expectation Earc is coming. So then to be given the run around for the best part of a year is not acceptable and is not good business ethics! So if a community of customers want to air there views and opinions shouldn't be a problem we all did spend our hard earned money. Views and opinions not trying to burn down Samsung HQ, so again I say it's really not that deep!

scano13
First Poster
In response to Amburz57
Hey guys, I have a question and I am new to all this. But I am looking into buying a new tv and soundbar set up. I was thinking of the Q80 tv with the Q90 soundbar. My question is do both the tv and soundbar have to support eARC for it to work? I know the Q90 doesn't support it yet so i am gonna wait and see if it gets updated. If not I will look else where for a soundbar that does support it. I just didn't know if both the tv and bar need to have it in order for it to work properly. Thanks
0 Likes
Reply
Highlighted

fb767
Explorer
In response to scano13

@scano13 wrote:
Hey guys, I have a question and I am new to all this. But I am looking into buying a new tv and soundbar set up. I was thinking of the Q80 tv with the Q90 soundbar. My question is do both the tv and soundbar have to support eARC for it to work? I know the Q90 doesn't support it yet so i am gonna wait and see if it gets updated. If not I will look else where for a soundbar that does support it. I just didn't know if both the tv and bar need to have it in order for it to work properly. Thanks

Yes, both have to support it. The TV will not be getting the update and the soundbar has been "getting an update" for over a year now AKA it will not get the update. Save yourself the headache and stay away from Samsung. I've been getting updates on my LG TV every few months in comparison. Don't be played as a sucker by Samsung.

scano13
First Poster
In response to fb767
Thanks for helping out with that. I really appreciate all the help and advice I can get before making a purchase. I would hate to spend so much money and not be 100% happy with the product. My biggest reason for looking into Samsung is cause I get a good employee discount through my work so that's why I have been looking into getting this set up. Perhaps I will wait and see what they have to offer for 2020 or if they come out with updates. I am really liking the sounds of the LG soundbar thats coming out, but I still need a tv to go with it.
0 Likes
Reply
Highlighted

zoric
Explorer
In response to scano13
Don’t buy any of these models you mentioned...they are not future proof...
1 Like
Reply
Highlighted

Mike_kr
Navigator
In response to zoric

Look folks, if you want to achieve something, you need to be loud. We need tech sites to write about this problem. For now, please spam all these Twitter accounts with following hashtags: #earcWithersGate #earcSamsungGate 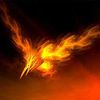 Spam also there CES 2020 twiter announcements to be more visibled.

I don't like to be lied to as a customer