bigblueamazon
Explorer
In response to AntS 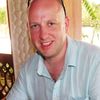 Gavin79
Explorer
In response to cup-of-tea
Cup of Tea, you obv work for Samsung 😂😂
The main issue we are most angered at had been the denial from Samsung that a problem even exists up until a couple if days ago, also lack of statement from them online or on news, also covering up the issue at office level when customers calling so rather than read the news, maybe sit down, have a "cup of tea" and read through our almost 60 pages worth of -ve experiences...
6 Likes
Reply
Highlighted

MishM73
Apprentice
In response to Gavin79

cup-of-tea
Apprentice
In response to Gavin79

Thery have told those that matter a solution is being workres on. For most of us that's, that's enough.... for now.

But i feel i have to re-etterate that its not a simple thing. Think of a 70 year old that lasty month plumped for one of these players and has only just mastered the wonders of the "Play" button, do you think a user like that even knows how a USB dongle solution (for example) would work? Any solution has to require as little consumer imteracrtion as possible.... and that needs time - certainly longer than a week.. running on a skeleton staff.

Now, let's say if samsung had a press release in the news. Would that placate everyone? No, you would have people complaing and our devices would still take as long to fix.

On a personal level. I'm a shielded patient. Thanks to a stroke, i'm limeted to only having functional use of 1 arm and very limited walking ability. My entire anti-boredom regime is watching blu-rays and this PC.... yet am i railing at samsung? Am i threatening even increasing legal action? No, i know what they have to do and im giving them time.

Krisb60
Explorer
In response to cup-of-tea

It's been malfunctioning since last Thursday.

LouisFromFrance
Apprentice
In response to Gavin79

Same problem in France ! I have a Home Theater HT-J4200 which has the same Symptoms since Thursday June 18, 2020! In addition, I have no more sound, I have to watch TV in TV sound mode!

Same problem in France! I have a HT-J4200 Home Theater that has had the same symptoms since Thursday June 18, 2020! In addition, I have no sound, I have to watch TV in TV sound mode!

RonUK
Observer
In response to AntS

Hello everyone, unfortunately experiencing that same issue in the UK since Monday. Model BD-5900