Exactly the same problem here in Poland. We were away on holiday, turned on the home theatre (HT-J4500) yesterday (it was permanently connected to the internet) and it worked and today we experience the same cycling problem.

Hope Samsung will sort this out! If they will tell us customers that there is no guarantee anymore, because the device is too old, then it's the last time I bought a Samsung device for my lifetime!

This is definitely Samsung issue. My tv was working over night in Thursday in the morning tv was still on but no sound. Samsung needs to check this issue on their end because it happened the same day for everyone. Unless it's their way to have you buy another one? There is no excuse Samsung, I'm a technician so you can't tell me it's my tv or some other bs.  Fix it! We tried it on the original sharp tv and also lg tv. Also tried both hdmi and optical cables does not work. Model ht-j5500w

lol i thought something with cables, so its a wide problem, everyone having this !!!! samsung !!!!  From Lebanon

if this didnt get fixed "samsung ", you wont the next brand in our list ! shame for this behavior... fix it before starting losing people trusts !

I can't even contact Samsung anymore... says "tried to send data without session". 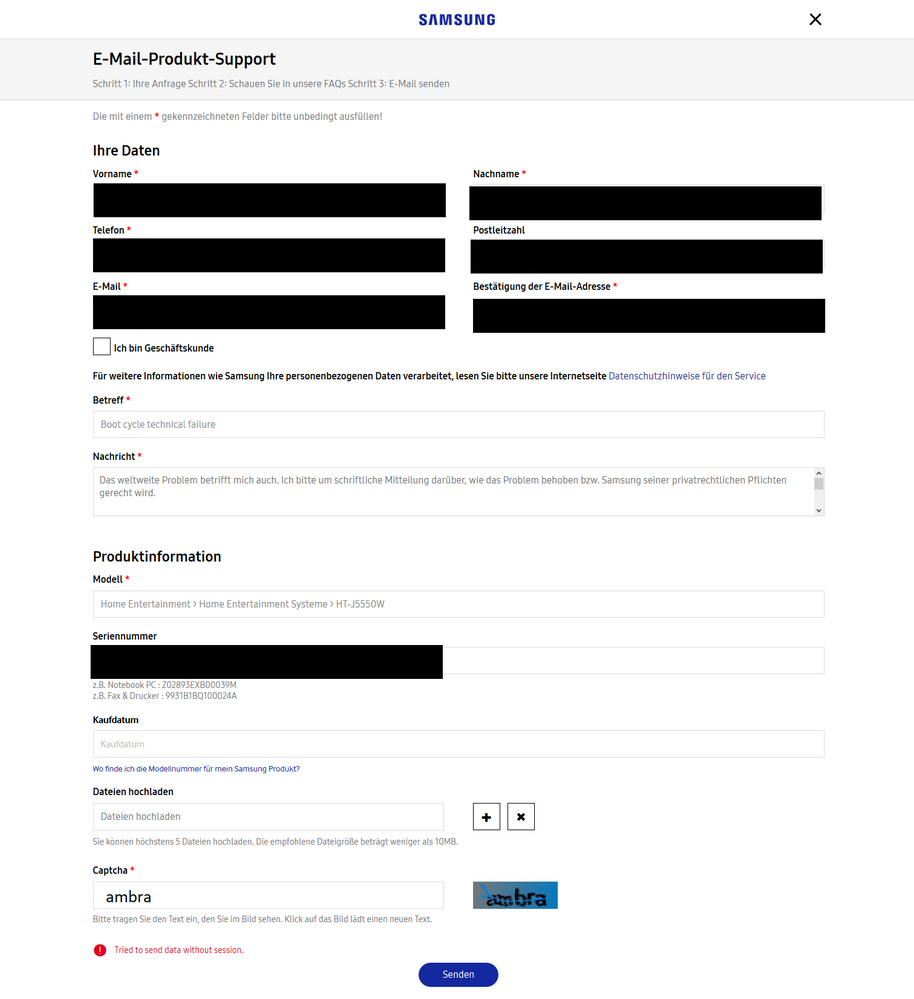 I don't know if it's possible, but maybe a solution would be to put the device into a boot state (maybe by a combo of buttons?) and then force it to read the data from a USB drive (firmware downloaded from the official website) and to rewrite the whole operating system from USB onto the hard disk in the device. That's in my opinion the only reasonable way to fix it. I don't know if such a combo of buttons exists to put the device in such a state.

I had the idea of maybe faking the timestamp. But you'd have to tamper with your router settings for that and I think not everyone is able to do so. But maybe if the BD player thought it was e.g. january 1st 2019 instead of june 21st 2020, it'd work?


I had the idea of maybe faking the timestamp. But you'd have to tamper with your router settings for that and I think not everyone is able to do so. But maybe if the BD player thought it was e.g. january 1st 2019 instead of june 21st 2020, it'd work?

try it out and let us know !

Any updates on this issue? Mine started Friday night. I have 2 of these units and only the one connected to the internet has the issue

Here is an related article:

Krokx
Apprentice
In response to Shawn77

Ok, this info is valuable imho. It tells us that it isn't related to a date bug already existing in the firmware but rather to an external influence on the firmware. Either an intended or unintended firmware update or.....somebody used Samsung's updating network to place a bug/virus/malware into the devices to damage their reputation.

This would be also a very good diplomatic excuse of what happened for Samsung, even if the problem has been produced by Samsung itself.

Of course this would damage Samsung's reputation too, because it would admit that somebody was able to hack their network.

So, best solution is to fix the problem asap. Otherwise this would discourage a lot of customers to buy any of Samsung's devices in the future.