Alburnus, as a workaround until it's fixed install UA Record, Endomondo,  or MapMyRun on watch and phone and use that for tracking workouts. It should fix the problem. I have tried all three with pretty consistent success. If the HRM does ***** out (rarely) it restarts itself in a minute or so.

Thanks Tim, that's useful, do you or any other forum users know if this fix also applies to the new galaxy watch?

I believe it will because it is the same app for both.

Here are today's workouts so far. An easy 30 minutes of Aerobics in the first shot and ten minutes of weights in the second. No cut outs. This was using UA Record. I think it works the best of the three.

This integrates into Samsung Health as well. 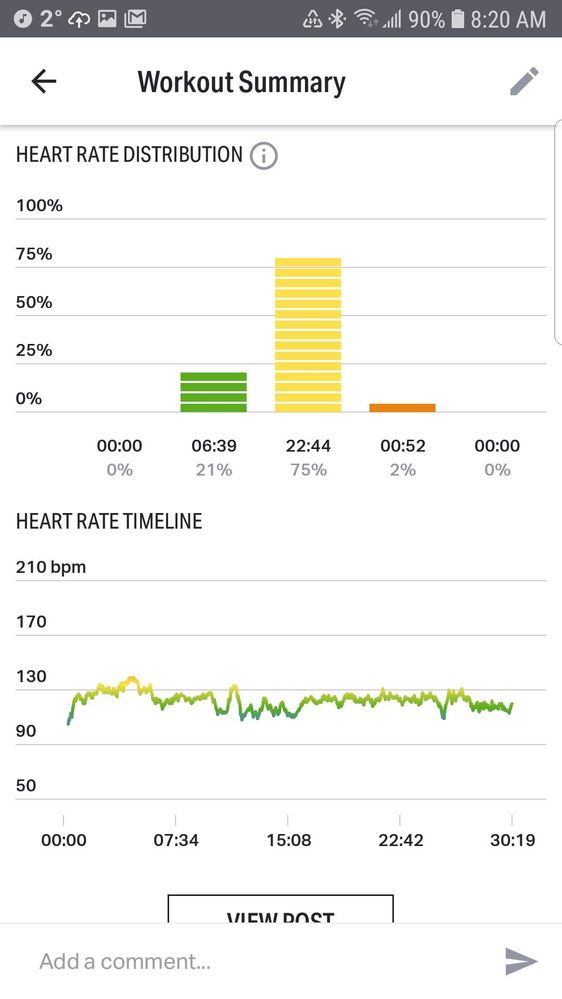 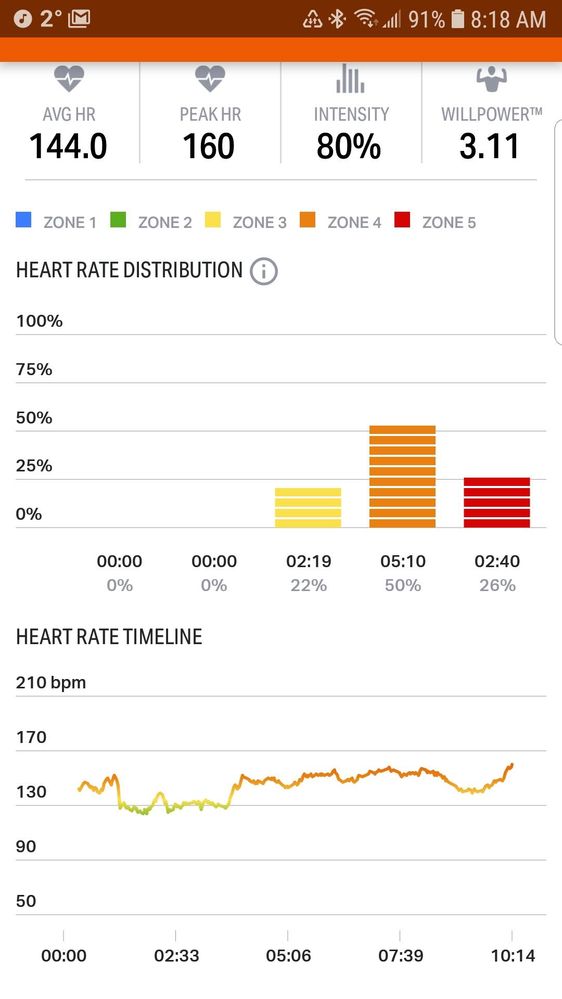 Ok. So now I have abandoned Samsung and bought a Suunto instead. The interesting thing about them is that they give some tech info about how the pulse sensors work and that perhaps could explain some of the problems. Firstly the technology is that the sensors light read the blood flow in the wrist. Secondly the sensors work better if there is more flesh where the sensors are, I.e, the more thick wrists the better (well I beleive there is an upper limit I suppose). Given this if you have bony wrists, like me, the sensors does´t work at an optimum and when the sensors doesen´t read any flow they freeze. The way Suunto solved ths is having three levels of light (Shallow, Medium and Deep) to ensure the best read out as possible. This could explain why some seems not having this problem and some do.

So, Ladies & Gentlemen, since I don´t own this lego-built watch anymore (thank God), perhaps some of you all could try wearing the watch a bit higher up on the wrist and see if it gets better. I know this isn´t optimal since the watch will esily slide down again when getting sweaty but since Samsung doesent care about us we have to try ourselves testing different possibilities.

Please let me know if this helps and Samsung, if you read this. Only because i have changed brand, doesn´t mean I´m going to be a pain in the ass for you. I will be here until you have honored all of us that provid you with money for crappy products.

It will  not work, change the place to get the heart rate.

I tried a lot ....without success.

As I said , in my opnium the problem is the HARDWARE not the SOFWARE.

The problem is software not hardware.

That's why changing the app you use to record the workouts generally gives you more success than using the built in Samsung health app on the watch. Whether that be 'Gear tracker' or the 'under armour ' app etc.

Also if it was an hardware issue the problem would be persistent all the time, not just during a workout. From my experience, HR readings throughout the day work fine. It's only when you come to record a workout that it does not work.

Also read a few pages back. A developer submitted the problem via the Samsung developer program and Samsung were able to replicate the problem their end.

There's also the fact that this problem effects multiple watches which all have different hardware...They all have one thing in common...Tizen.

I disagree,  I tested with all these SW and as I reported before, the difference is that they freeze the heart rate in a number,  not gives ******but the problem is there.

Andrezao
Explorer
another point , as I said,  I have a GEAR S, with the same version of the S Helth as the Gear Sport (I sold it , thanks God), and it still works perfectly.

So, in my GEAR S it works perfectly with the same SW version of Gear Sport?

Another point is that, YES it stops working even without exercising, put in the way of "always pick up the beats" and you will see that it takes some time, does not pick up constant beats as it should.

For me it is not the HW of the clock but the HW of reading only. Inconsistent.
0 Likes
Reply
Highlighted

Actually you are correct on that point.
I had conversations with the developer of the gear tracker app.
He himself and users had experienced certain scenarios where the gear tracker app still displayed the same problem as the Samsung health app even with the fix (he implemented) to reset the sensor every 30 seconds as a workaround.
Due to this he created a ticket for the Samsung developer program and Samsung themseleves replicated it at their end.
So yes using a third party app does not resolve the problem in all scenarios but certainly helps in most cases for most people.
Thats why i put 'changing the app you use to record the workouts generally gives you more success'.

In response to your comment about the other watch you have. What tizen version is your 'Galaxy S' watch running?
From what i have read this problem was only introduced with tizen 3.0.0.2 and up.

Also as i mentioned, the problem effects many watches (gear sport, gear s3, gear fit 2 pro, galaxy watch) in different regions which all have different hardware. The only similarity they share is they all run Tizen 3.0.0.2 (minimum) software.
It may be that Tizen is the problem and not the Samsung health app.

All i am saying is that this thread is now massive and i have been commenting / following this from the very begining.
I've seen alot of data and generally (in my view) the problem points to a software issue.

Regardless, Samsung need to get this sorted whatever the cause turns out to be.
Personally i am currently in the process of trying to return the watch. If that fails, it will be getting sold and i will be moving on to a different manufacturer.

This is most definately software. When my watch was on Tizen version 3.0.0.0 and 3.0.0.1  this issue wasn't present. Once 3.0.0.2 was installed it broke HRM for manual exercise tracking. UA record works very well as you can see above the line for the heart rate is continually moving and no drop outs. It isn't always like that though as I had one workout with a drop out around 20 minutes in but it restarted itself. These apps tap into the same API but there is a slight problem with that sometimes that they need to fix. Probably reset the HRM every few seconds to keep it active in case of dropout.

So no not perfect but the watch isn't a boat anchor for fitness while I wait for the fix. I like many other things about the watch so replacing it is a no go.  Samsung says they are working on it if you look a couple of pages back at the email captue someone posted. They need to get moving though.

Samsung Health always cuts out before the four minute mark for me.