I have replaced the original armband with a leather armband from a watch store, and all the skin irritation is gone.

Samsung, it's time to step up and rectify this.

How about the rash under the watch itself? That's not caused by the armband, right?

if you check my photos I have a solid skin burn shaped exactly as the watch base. I believe you got one too. How can that be related with the armband?

Just trying to understand this issue.

Sletto
Explorer
I don't have much use of the heart beat sensor, and to be able to wear the watch, I chose a leather strap that covers the bottom.
I still want to use the watch as it is supposed to be, but for now I don't get the rash at least

To follow up, I did contact Samsung support. Terrible web site but I finally got through to a person who took my information and passed me along to a supervisor who took it all again. He gave me a tracking number and said someone would take some sort of action within 24 hrs. I tried to find out the progress using the support ticket number on the Samsung support web site but after much searching found nothing. Finally after 10 days I called them again and explained it all over again, it does not appear any action was taken in regards to my original call and tracking number. Again I was escallated to a supervisor who gave me a new tracking number and again promised action within 2-3 days.

The next day I got a call from a support engineer who was quite sympathetic and agreed to send me a new band. Since the original "silicon" band caused irritation I had the choice of a leather band or a black cloth band. I chose the cloth one since I was mostly interested in one I could wear while working out. They promised it would be shipped to me shortly and I should get it in 2-3 weeks. It has been 1 week and I have not recieved it so far but I fully expect to get it soon.

Bottom line is Samsung support, in the US anyway, is willing to send an alternate band free of charge.

@Sletto wrote:
I don't have much use of the heart beat sensor, and to be able to wear the watch, I chose a leather strap that covers the bottom.
I still want to use the watch as it is supposed to be, but for now I don't get the rash at least

My watch was sent to Samsung support by their demand and as of now i'm waiting for some feedback.

However I'd like to see that strap you're talking about. Is it possible for you to share a picture of your strap showing how it covers the bottom of the watch? 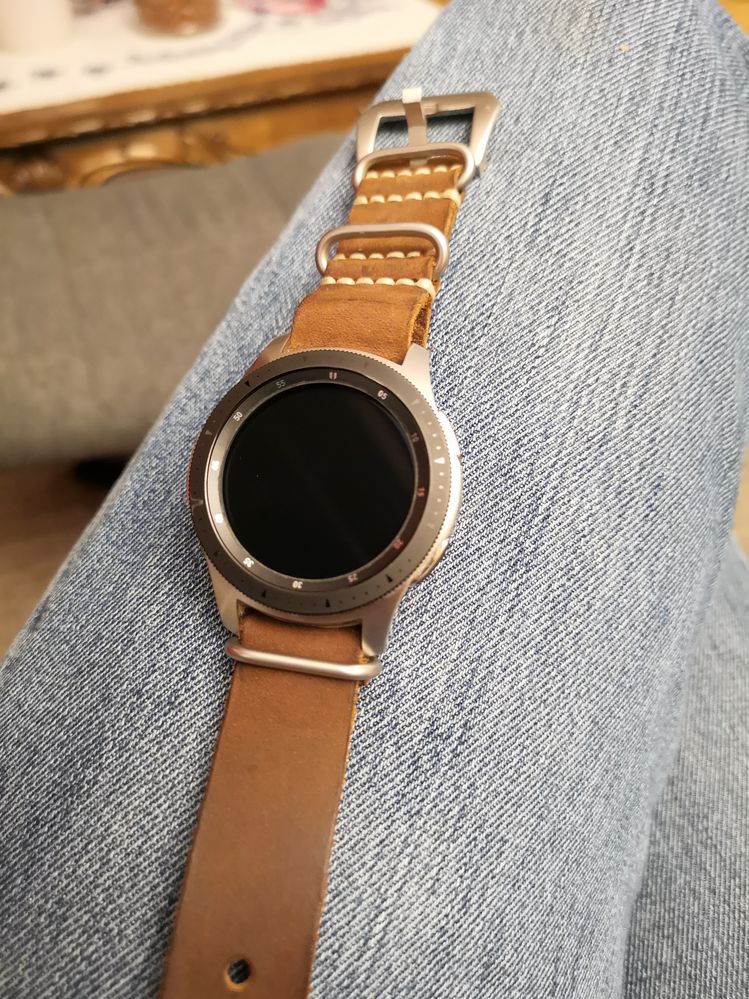 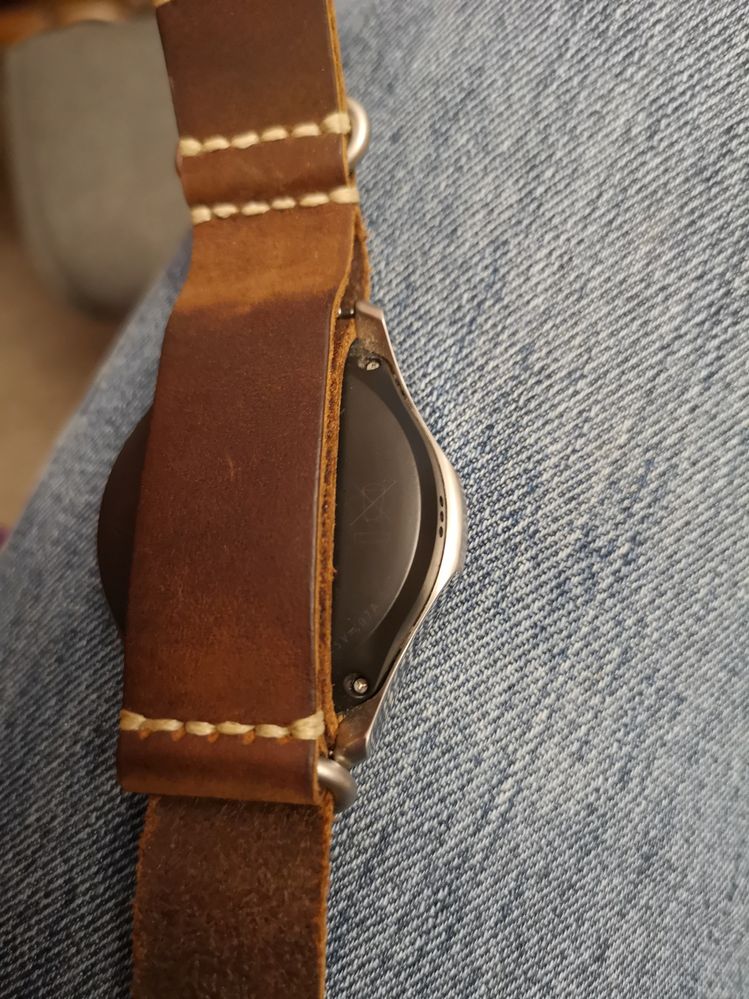 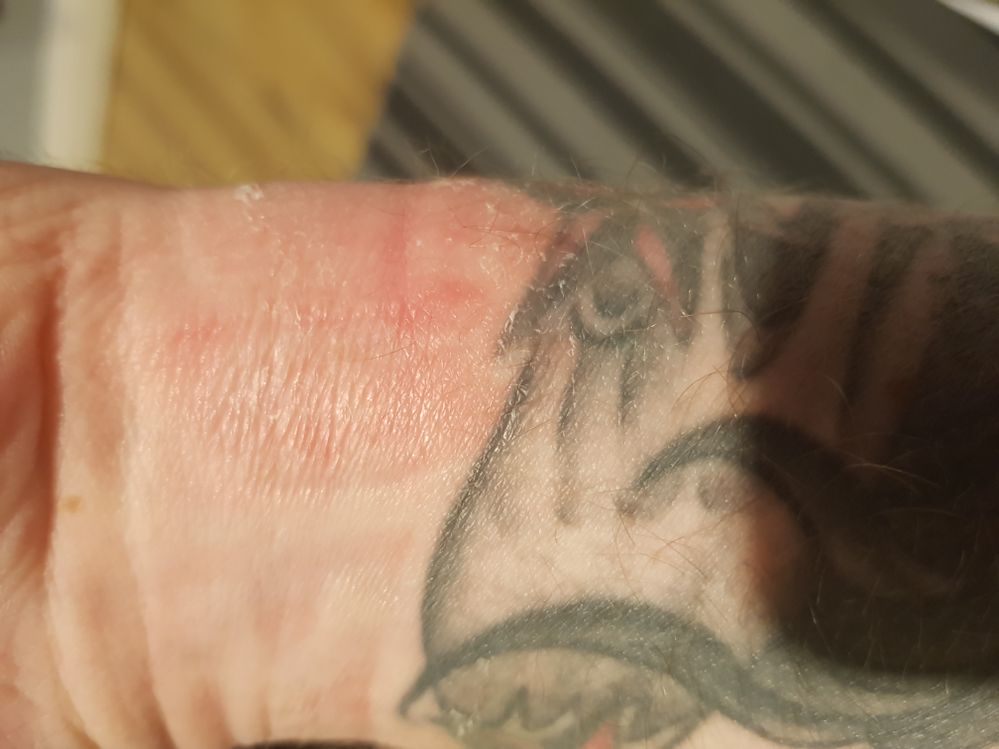 Having the Same Issue, I spent a lot of money on this and I would expect no issues especially one like this.

Why has there not been a product recall on these yet?

I've contacted samsung support as well. I explained the situation and even added a copy of the receipt as well as 2 photos of the rash.

3 days later I got a response telling me to look at their website and buy a new armband. (Hint: There is 1 armband for sale on the norwegian samsung page and that's the same one that comes with the watch).

In all honesty I expect a lot more from Samsung at this point. This is way too weak and dismissive a response.

Having a moderator tell us not to wear a wearable is directly laughable.

Sletto
Explorer
I got the same respons. Go buy a new band. They are easily available.
I.e. Ww don't give a *****. We already have your money.
0 Likes
Reply
Highlighted

Obrienmichael85
First Poster
Disgraceful, the neck of them to suggest you spend even more money to fix a problem that they have created. I wonder if Apple would treat you like this.
1 Like
Reply
Highlighted I also had a reaction to the band. I have the rose gold watch with the light pink band. It is painful and won't go away after several days which means I will have to consult with my dermatologist for a prescription. I do have sensitive skin, but never in my life have I ever had an issue with a watch band.