Hi there we did manage to resolve by deleting the app from the watch then reloading from the galaxy apps on the Samsung application on the phone, not on the watch.  It went straight to strava to connect, which we did.  Entered the code and hey presto it synced!!!  Be patient as it thought about it for a while before giving us the code.  Good luck hope it works for you to.

But then I lose the last two weeks activities if I delete the app and reinstall it? Including some solid 100km plus mtb rides I really don't want to loose! If so, this isn't really an acceptable solution.

I am pretty sure that’s how I installed it a couple of days ago. My try it later as there is only two runs on there. I am well peeved at Samsung though and will look to see if I can return the watch was brought with this as a selling point and the only people that seem to care are us lot.

thanks for your help BTW 😄

Hi there have they downloaded to the galaxy health application, at least you would have a record of them?  Or can you manually add to strava?  We didnt delete the strava application from the phone just the watch?

I have just learnt of the same problem.  I used my Galaxy Watch with the Strava app for the first time 4 days ago.  It was installed a day earlier using the phone’s Wear app.  No problems whatsoever during the event and sync’d with my Strava account without any issues.  Far more reliable than the Nike Run app I had on my previous S2 Gear, or so I thought.

Used today however and albeit the event was recorded successfully with the watch and it remains logged in Strava’s History, I too am now unable to sync with my account.  I simply tells me after a few minutes of trying that it has failed.

Strava is ‘connected’ with Samsung Health but I have no way of telling if the y are sync’d.  Only the auto events are showing up in the Excercise log on my phone.

An easy fix I suspect is to uninstall from the watch and reinstall but I am relatively confident the event will be lost in its entirety in doing so and is is something I’d like to avoid if possible.  That said, after the event the battery plummeted about 30% in less than hour as a result of continuing to try to sync and despite a watch and phone restart.  Maybe I have to delete the event from the watch to recover a normal amount of battery usage?

I'm having the identical sync issues noted above.

Connect my watch and phone to Strava without issue

I've tried syncing remotely e.g. Through WiFi or 4g, and when it does that it notes 'Sync Completed' but then nothing comes up on my actual Strava account. I too much prefer a solution that doesn't involve losing data as a result of reinstall process. Let's see what they can muster up.

Like You Marcus, I successfully disconnected my Bluetooth and sync'd the event using wifi with the exception that the event did update my Strava account.  Within 10 seconds of manually syncing using the watch, my phone (disconnected via bluetooth) pinged to notify me that Strava account had been updated with an event.

Good news but just praying now that this workaround allows the battery to be stable tomorrow.  I cant have it burning up all day.  I've only had the watch 6 days!! 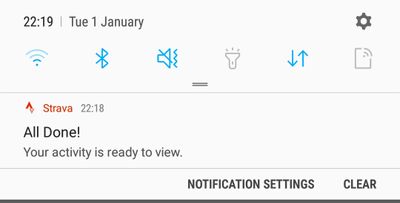 As an update to this problem that Samsung is burying its head in the sand with I took the plunge and risked loosing all my activities stored on the watch that were not syncing. I removed the app from my watch, then by going to the Samsung app store on the watch instead of on the phones hear wearable programme I installed Strava that way. I done a dummy exercise and it worked and synced. I hope this helps. I'll report back and see if this is a long term solution in a few weeks.

Cheers.  And did you lose all of the previous non-sync’d events on the watch when you uninstalled the app?  J.

I was browsing through the Strava forums and found an acknowledgement from a Strava employee on Friday stated that the app developers understand the issue and are working on a patch, so I imagine we will see an update for the Strava watch app shortly (they smartly didn't give a timeline) . At least there seems to be some movement at the station