Briefly mentioned this in the Samsung Members App Benefits thread we have about the Goodwood Festival of Speed 2019, but figured it was cool enough to give it a topic of its own.

Pretty much a grown-up and advanced version of a radio-controlled toy car.

A little bit on the tech used for this.

Superfast 5G network: Provided by Vodafone. Superfast speed/low latency of the wider bandwidth signal means a quick response time between the remote driver and the car.

Teleoperation system: Provided by Designated Driver. Easy to use, intuitive remote user interface, along with the software and hardware kit needed to control the car. Usually  the Designated Driver system would involve the remote driver sitting in front of a bank of several screens, but on this occasion, instead they went for:

VR: Samsung VR headset. An immersive VR simulation of the car's environment for the remote driver. 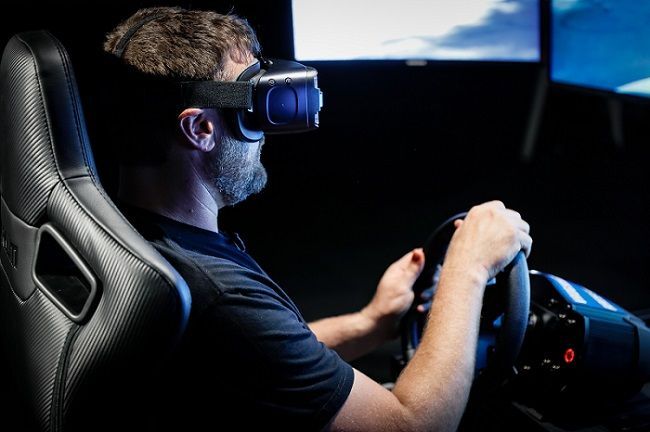 Excited... and a little apprehensive about driverless cars.

Excited because I've loved cars (and pretty much all things automotive) since I was a kid. 'Car designer' was one of the things I really wanted to be when I grew up. Ironically, though, I was always too afraid of actually learning to drive. (I have all the hand-eye co-ordination of someone wearing woolly mittens; and an unfortunate scary technical issue with a go-kart in my formative years didn't help either). And I grew up with things like Knightrider and Transformers. Cars that can drive themselves in partnership with a human - either using AI or remotely -  have always been something I could only wish for.

But also a little apprehensive now that I'm older and that it's a reality, as my overactive imagination can picture all the things that could go wrong with this tech - and the consequences of it.

And it raises a question of how much of the driving experience is lost by not being actually present in the cockpit.

As such, I wonder how much a driverless concept will be adopted in the general consumer market, or if it'll be more of a commercial vehicle thing. (I.e. if it'll be less KITT, and more Johnny Cab.)

Interested in hearing other people's thoughts on driverless cars, the tech behind it all, and what (if any) lasting changes you reckon this concept will bring to the automotive world now that it's a more-or-less affordable reality.

Double feelings actually! At one side I'm super excited because... Well driverless cars! But I prefer them to be fully automated by AI.

I believe that tech will replace human drivers in time which is honestly for the better if you see certain drivers on the road.

That said! I have no driving license and I'm super excited for the future to be able to drive without ever needing a license

...One thing is for sure. The concept is cool but I really wouldn't want to sit inside that car, its scary without windows (Just a psychological thing). Other than that, super exciting!

I think Driverless Cars are one of the innovative ideas for the future and it will be necessary to invest in this field or be left behind.   However there are pitfalls and think widespread use is a some time off, initially will be more for the commercial sector.  As I understand it there needs to much more connectivity and infrastructure  before it would be a viable concept and there are issues with autonomous and human driven vehicles co existing.   As it happens I am someone who does not drive either,  mainly due to poor coordination.   Not quite the same but riding a bike for me was also problematic