I just bought a Galaxy Alpha advertised, as most phone are, as supportling 4g lte.  MY phone, however, does not seem to have any 4g option.  It works fine on wi-fi (either at home or out if there is a wi-fi network available) but in places where I would use the 4g network I get nothing.  Up at the top -- where my bars are, where it SHOULD say 4g, where my husbands and my son's phones all show "4g" mine just shows bars.

As I mentioned, this is a brand new phone and I have not done anything to it (don't really know how) other than updating the software which I was prompted to do shortly after setting up the phone.  I have downloaded a couple of apps (a weather app and freecell which I had on my old phone) I have taken some pictures to try out the camera and messed around with some of the pre-installed apps (the samsung health app etc).

I'm very frustrated at this point because I spent twice as much on THIS phone as I did on my husbands phone -- yet his phone set up was a breeze -- mine was a bear. His battery lasts forever, even when he uses it a lot he only has to charge it every couple of days whereas I have to charge mine at minimum every day IF I don't do anything at all, if I use it I have to charge it throughout the day.  His phone switches seamlessly from wi-fi to 4g -- mine doesn't even seem to have a 4g option.

The only reason I did not get the same phone as his is because his phone (a BLU) only comes with 4 gb storage and switching to the sd card in his phone is not easy (my only complaint with his phone) I wanted the samsung for the 32 gb storage for my pictures and music.  BUT I also want the other features of this phone to work as well.  I want to be able to access things using 4g when I amout and about.

Anyone have any idea why I do not have the Network Mode Option??

Sorry for the long winded post -- am frustrated -- was stuck out yesterday with a storm coming in when I could have used the network access.  Was able to track the storm on my husbands phone when we met up 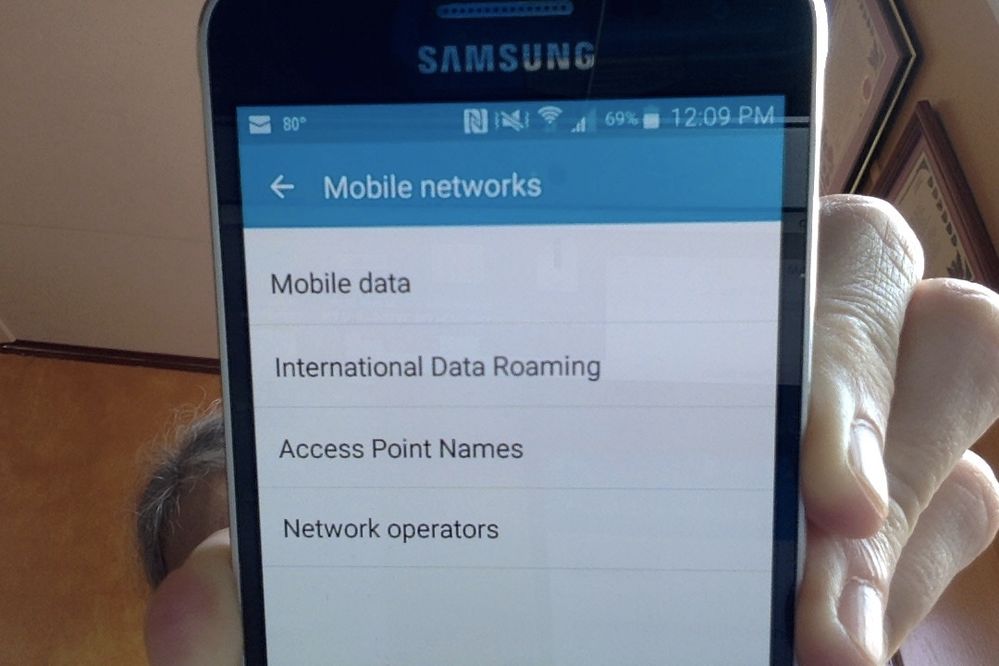 What I have under "mobile networks"

I do want to add to my above post to say that my sim card IS 4g enabled!