After a week at July latest BTU firmware with ERG2 PDA and ERG2 modem I have to say bug is still here. As with post-EDR6 modems, there is no Cell Standby in the top of battery stats but high Android System % instead with Google Play Services, Cell standby and Device Idle following. First time bug activated after ~24h since flashing, then I had 4(!) good days, then bug hit again and again at random times. Also I had longtime voice call over whatsapp (constant LTE connection) and this was real disaster for battery. The only "good" thing - now it's possible to temporary fix it by switching to 3G and then back to 4G. Anyway, 4G is still non capable mode bacause of this bug.

BTW, I have an answer in Samsung Members (at last!), which is of course useless - if you have problems after update, make reset, if you still have problems - go to Service center. I think, they not ever read my message, they just classified it by keywords and give standard copy/paste answer.

In fact I'm tired of all these firmwares, modems, flashing, waiting updates, testing, hoping... without any glimpse of support from Samsung. Just checking about OnePlus3 (classmate of S7), they seems to fixed Cell standby bug in 5.01 firmware in December 2017 (!). And reading their forums as well as Xiaomi forums - there is real feedback between users and developers, as it should be. We, at the other side, have imitation of support. Devs doing something, but nobody knows what will be fixed and when, we don't even have aknowledge of this bug. Yes, there is new (again) ERGE build and new OTA planning in September (August in my Members app and 8.0 again) but... In the end i think I will just root my phone and install some custom ROM.

Three my friends bought Galaxy phones because of me. And next time they ask me about new phones I will recommend some other brand. There is choice. And there is no reason to pay extra fo phantom support and services.

@Robotson, we are flashing official non modified firmware with official tool (Odin) so you don't need root/unlock anything and knox will not trigger. This is the same way as they do in service center.

I appreciate the narrative.  I upgraded today to ERGE (my CSC is BTU), but the HOME_CSC was corrupt, it seems, as the captions were messed up in Settings; I did a reinstall, but there was no difference.  So I quickly reverted to ERG2/BTU, but kept the BL and CP from ERGE.  Too early to know whether it will make a difference.  I actually had a good experience with ERG2; no crazy battery drain.  FWIW, I'm using the TGP kernel, which is built upon ERG2.

While a custom ROM my solve this problem, there is no assurance. Modders don't typically edit the radio modules, and that appears to be the source of this issue (the 4G radio, in particular).

Yeah it takes too much time (more than year from Oreo release) to ship this update. I'd love to go custom roms but on the other hand, I want to use Google Pay/nfc payments stuff. Maybe I'll take a look at my bank separate app what supports NFC payments without Google Pay, but I'm not sure if it will work without knox.

I buy s7 to have good enough camera - I'm really happy with this quality, f**k Oreo, I can stay with Nougat, it's enough fast. Just tell me, if I flash other modem to stop OTA with odin, will it trigger knox? and will it be possible to revert it back? 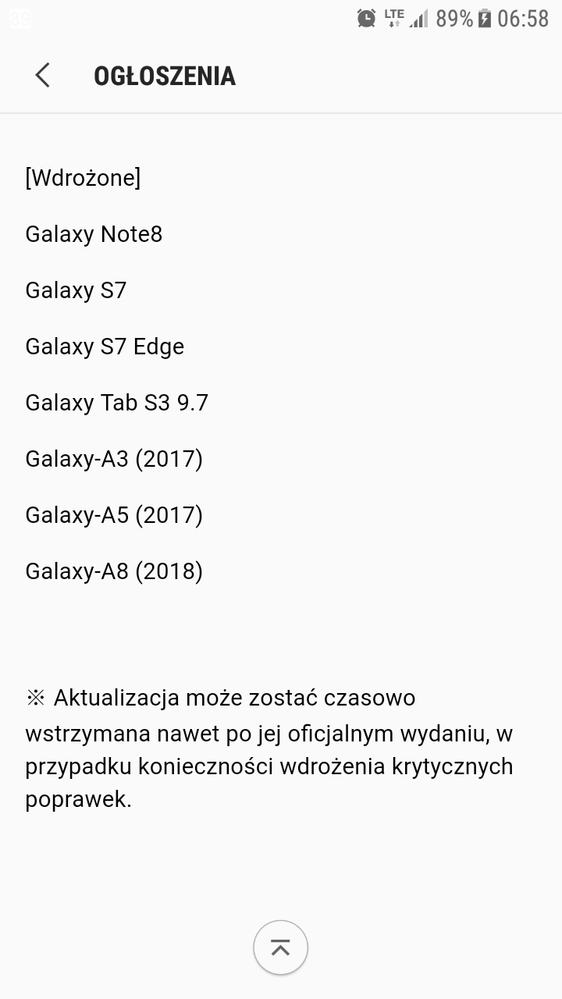 Just tell me, if I flash other modem to stop OTA with odin, will it trigger knox? and will it be possible to revert it back?

I have installed today the latest update 66.52MB ...ERGE and the device still overheats and drains the battery when 4G call is enabled.

I cannot understand why when Samsung releases a new update  the user doesn't get any information about it so he knows what changed.

Because this big battery issue is present for a while now and Samsung didn't manage to adress it or inform us (the users) with anything official for this long probably my next phone will not be a Samsung..

I installed yesterday the newest OTA update - ERGC modem firmware and it seems quite promising - I charged battery to 100% and after the night it showed me 97% with 4G on (VoLTE and localization disabled). However cell standby is all the time here and I'll have to wait several days to draw final conclusions. 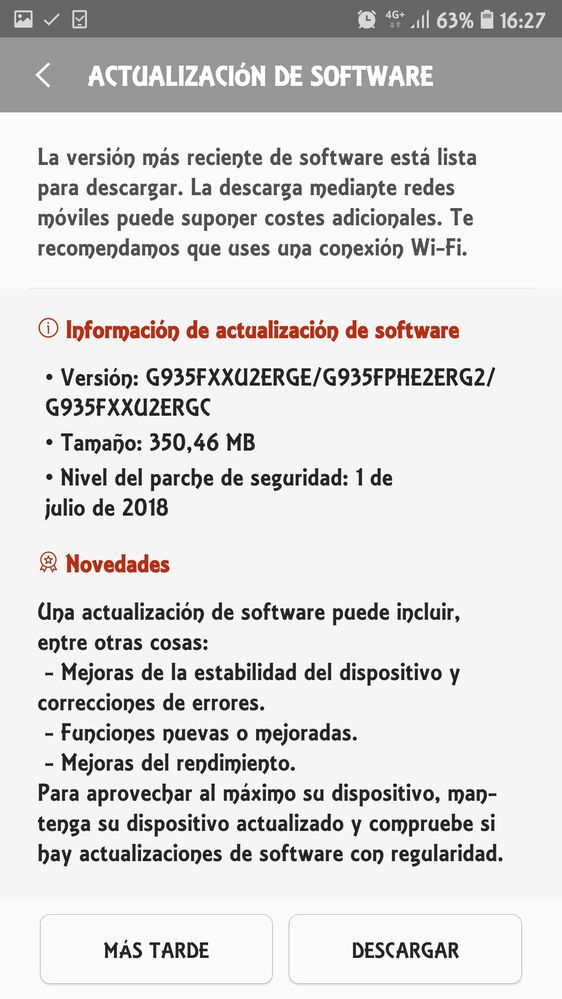