Wrong. It works fine on the A6. Please give me a straight answer.

SoftwareUpdate
Explorer
Hi, I've been onto Samsung support was was told chat messaging is being phased out and replace with sms/mms- disaster of a decision and so backward, while we all know eventually sms & 2g will be gone soon, already gone in Australia I think.
0 Likes
Reply
Highlighted 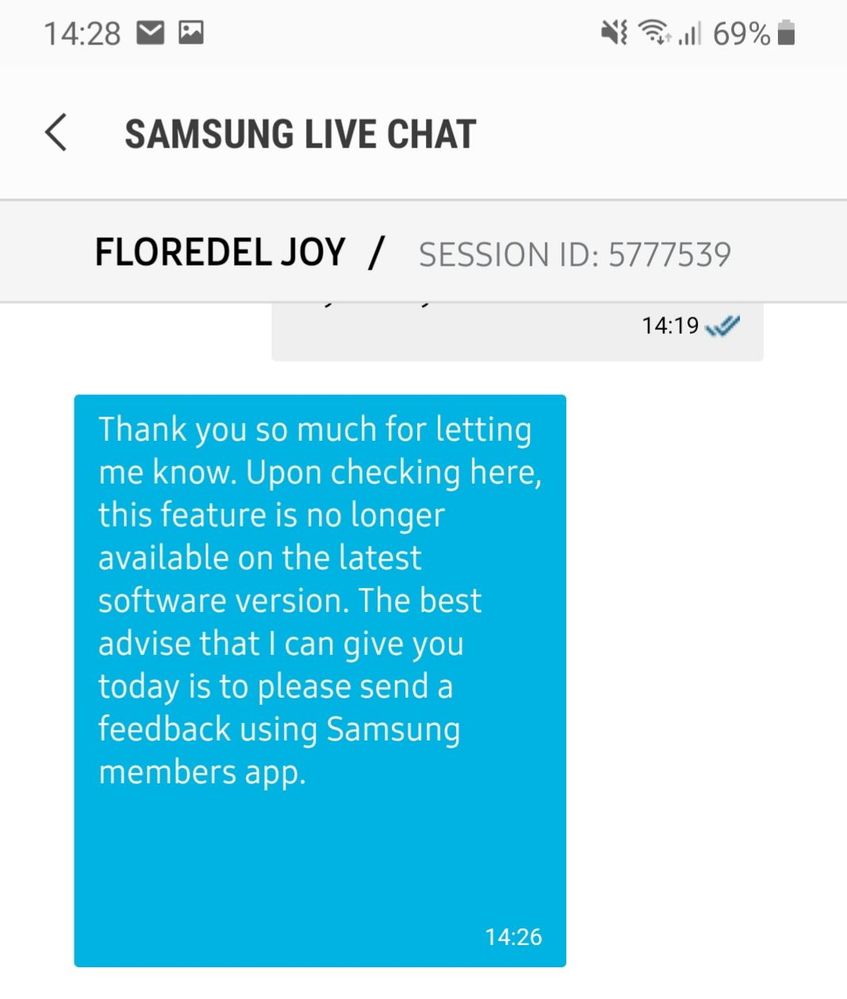 Got this from Samsung, 9.0 software does now support Chat Messaging - crazy stuff

I mean does NOT support chat 😁

Have you had any success with this? Just off of chat with samsung help. Honestly, they seem not to have a clue. He told me chat message not on samsung phone, but I also have a samsung a5 and its working but not on my new a50. Very annoying.

Hope we get sorted.

I had this same issue with my Samsung S9. I think I may have just solved this. I checked the settings using the three dots while in the messages app and found that the option to turn chat on was not there. I went into the phone settings then apps and then messages and went to the settings there (gear icon at the top of the screen).  From there you can select chat settings. Now click the top option "select default messaging type" and set it to chat messages.

I've also just discovered that once you have selected this option you then have the option enabled from within the messages app where it used to be missing.

I am unable to find the chat feature in my settings. I've gone to the three dots in the app, and its not an option. I've also gone through the settings men . Please help.

Managed to get mine working on Note 10 by installing Google Messages app and signing up to chat messages via that.

Had an issue signing up to but a reboot allowed Google to communicate and setup the service.

Works absolutely fine to someone with RCS on a Moto Z using EE and O2. Doesn't work with someone on 3 with Huawei P30 pro. I've not been able to try with any others but seems hit and miss.

1. Samsung releasing a messaging app that doesn't support RCS (in the UK) and turning it on by default, therefore preventing communication with other people that use RCS is ridiculously stupid.
2. It seems that RCS is wholly dependant on carrier/app/manufacturer being able to cater for it. So early days (despite RCS being available for 12 years).

Maybe they'll roll out RCS like Google and bypass carrier chat settings. I'm on version 10 but 11 is out how we update