We love your stories Lee. It's the only joy Samsung brings me atm. 🤣

Im trying to retain my sanity with a bit of humour

And giving the thing

I have been following this thread with interest after stumbling across it by searching for the same problem as you all are having. I had booked in a Samsung repair centre visit, but decided not to after reading that replacing would make no differance
I purchased my S9 plus on release day England, sim free EE network, but the past 3 days the call issue has not happened, all has been fine and I have not done anything different

I cannot for the life of me believe/understand the poster on here who has "claimed" to return his phone 7 times or more for a replacement....why ?... there are plenty of other phones out there to choose from, which makes me ask "is the issue really that bad" are some people complaining for the sake of it ? if you are really that unlucky then move on, you have a choice

All I can say is mine resolved itself, its a great phone and im glad I didnt ask for a replacement

I've replaced mine once and the second does exactly the same , and last week for 3 days mine worked fine then came back ....it does it maybe once or twice a day out of roughly 20 calls , you say move on but I've invested time and money into this phone with special chargers and expensive samsung cases so it's not a case of move on ...we want it sorted , I'm wondering about apps interfering or even the case ...what case does people have , I have the samsung clear which doubles up as a stand and you can use without opening?

Okay I have had another brainwave!!

Make a youtube video! maybe it will go viral?

Please feel free to watch and like (or hate LOL)

So I just got my phone back from Samsung. They said that the software firmware was corrupted and reset the software (not a factory reset). That seemed to have solved the problem. I just got off a 30min call. No problems so far. Fingers crossed. I also did not use the Smart switch for the data transfer this time round. Did everything manually. Good luck guys.

The answer from Samsung Poland Community Moderator for your video:

"I must admit that this is a very ingenious way to report the problem.

The man from the film clearly has an artistic touch."

I've just posted on Twitter about the problem. Suggest everyone else on the forum does as well.

Others could use the same to raise awareness about the problem

Div
Voyager
They did the same to me..they just reinstalled the older patch... the issue will eventually come bacm again..also you would notice the update which was recently release should be available again to you..basically you are back to where you starter from...please keep us posted though.
0 Likes
Reply
Highlighted 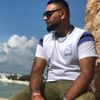 Issue has been acknowledged by Sammobile. Please see below.

Also worth voting on the poll