Fully agree, very bad customer service. Lady on the phone just hanged up because I did not agree with what she was saying. I see that initial post is from 2018 and myself I have the issue for years on many Samsung phones. Seriously?

@Phyzicx wrote:
Everyone, this helped me out with the same problem you are all facing.

This basically consists of factory resetting the device after having removed SIM Card.

Unfortunately for me, I'm facing that issue on a Tab A Wifi model which do not includes 3G connectivity and do not have SIM slot. And I've already reset that device in the past.

AuntyP
Just Browsing
Yeah! Although my tablet was supposedly sold as English language from England it was set to Portuguese when I received it. I guess the seller was fibbing.
Having guessed my way past various questions while setting it up i managed to change the language to English for most things, but Samsung Members is now partly in English but the bits that look as though they might be useful are still in Portuguese.
I tried to submit a question on the Samsung Community website but it would not let me complete the form. Very poor service.
0 Likes
Reply
Highlighted

The default set language in Samsung Members is French, I do not speak French, I speak English. How can I change the default language to English, I keep getting News in French.

Thank you in advance! 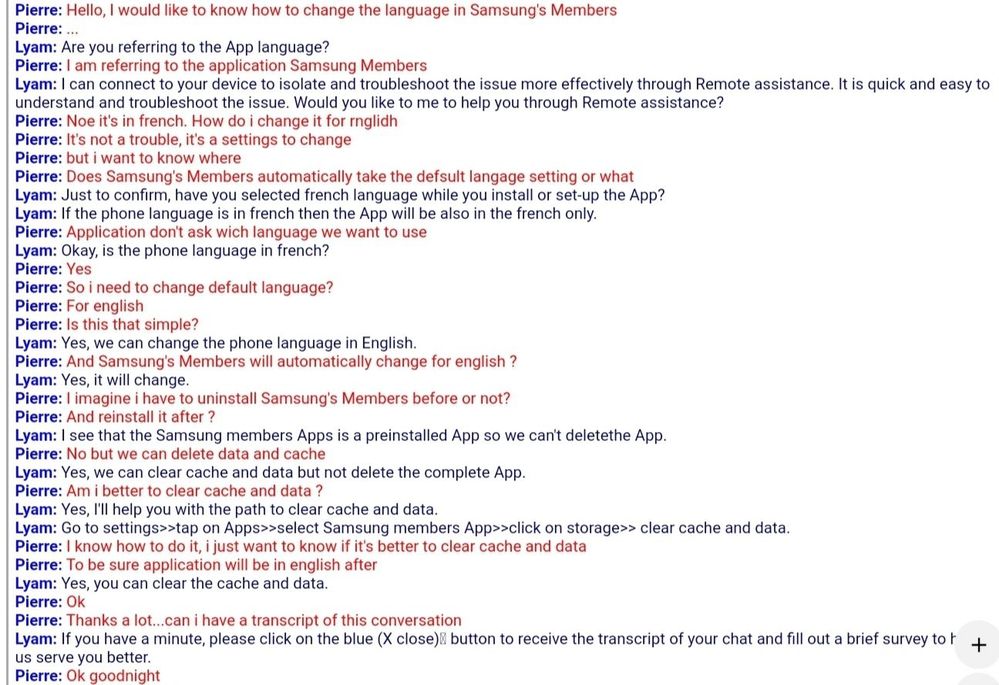 @Cassidy007this thread (there are similar ones in other devices sections) is from users complaining that "Samsung Members" app contents language doesn't match default *device language* and your suggesting to change *device language* ?

Regarding my personal case, my tablet is set to French as default and Samsung members displays German contents. What I'm supposed to to in that  situation?

Anyway, and since I had a bit of spare time, I've made the test: switched system language to "English" (as suggested in the screenshot), cleared cache and data from "Samsung Members" app, even restarted phone to be on the full safe side, and ... guess what ? 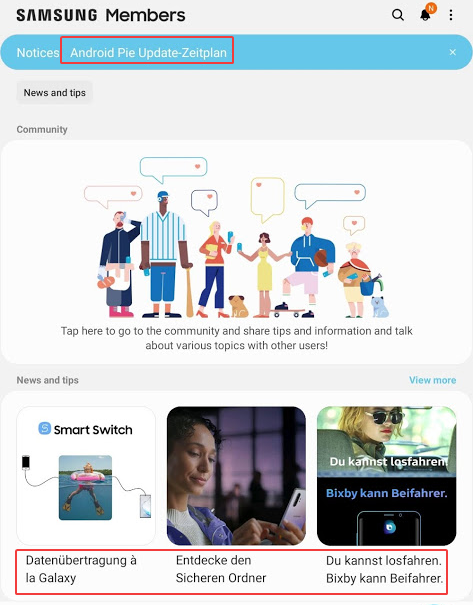 Sorry folks, i directly ask a Samsung helper and this is what he suggest me, what do you want me to do ?

I took the time to ask a " expert " for you, sorry if it don't works

I was  sceptic with is answer but he was supposed to be s expert...sorry

what do you want me to do ?

I would say, as long as technical issues are concerned, never trust experts without verifying tips by yourself before posting.