Turbo1
Explorer
I feel sorry for Huawei, top product and new OS looks brilliant, but global sales expansion restricted because of Chinese Govt Policies (mind you, USA and other Govts can do same eave dropping!).
Wonder if Huawei had considered relocating out of China.
0 Likes
Reply
Highlighted

Turbo1
Explorer
Well said, and ditto to my situation, and no doubt many thousands/millions of other people also. Samsung stuffed up big time. Its now approaching 6 months since we were robbed and still silence from Samsung! Unbelievably stupid.
1 Like
Reply
Highlighted

TNtam
Apprentice
Agree! Thinking about ditching and just going with a cheap burn phone from Walmart. My Samsung will be paid off the end if this month and it's so freaking frustrating. Apps not working or gone. Little things like the photo app changed and some features just gone. My son is techy and paid big for his Google and he but I'm not spending that much on a dang cell phone. No more. I'm out
0 Likes
Reply
Highlighted

Battery life awful. Keeping my phone plugged in so much it's hot- also nowni have 2 calendar apps running and get double text reminders for everything on my calendar.....uuuugggg. it's not just one glitch it's a million!

@TNtam wrote:
Agree! Thinking about ditching and just going with a cheap burn phone from Walmart. My Samsung will be paid off the end if this month and it's so freaking frustrating. Apps not working or gone. Little things like the photo app changed and some features just gone. My son is techy and paid big for his Google and he but I'm not spending that much on a dang cell phone. No more. I'm out

Same here. I am more than fed up with this Samsung situation.  My wifi just randomly turns itself off. My screen goes totally black at least once or twice a day, you cannot see the settings drop-down menu, so I spend so much time trying to find the control for the screen brightness.  It's usually pretty much on zero, and I have to just swipe and try, hoping to hit the control.  I have to take my setting OFF automatic adjustment several times a day because this phone keeps setting itself to that setting,  even though I have it off. I missed a call the other day because my black screen showed nothing. I heard the phone ringing.  About 15 minutes later, after I had to have my grandson come try to find the screen brightness control,  I could see that I had missed a call from my Dad's doctor.  I had been waiting on that call, but no way to answer.

Does anyone know anything about LG phones?  Amazon has a Prime members' price cut on an LG style 4, unlocked, 32G...$90.00 off, making it $159.00. It has good reviews, but I have only ever bought phones from my carrier.  I am just sick and tired of paying right at $1,000.00 for phones. I take pictures,  read online, play solitaire,  text and make phone calls,  and watch YouTube . So I need good call sound quality and decent speakers.

The phone some of you mentioned that starts with an H...the China made phone that our country banned...I had read about it before and it sounded promising.  Wonder what the odds are of Trump relenting?

I am using my S8+, but I absolutely hate it! I loved it until March, when the system update that I was ignoring,  finally just took over and installed itself and ruined my phone. My Samsung days are over. I have only had one iPhone,  years ago, and wasn't crazy about it, but I may give it another try. As expensive as Galaxy phones are now, the iPhone really isn't all that much higher.

Thanks for screwing up a good phone, Samsung.  Maybe iPhone would just be better & more secure all the way around. If Samsung cared about their customers,  they would have fixed these things already.

I want to go back to my last version is it possible? How can we claim a mal functioning or disagreement with Samsung, is there any web page? How can I contact directly The People from Samsung in my country? I am honestly thinking that my next phone is going to be a Huawei if Samsung doesn't make a big difference and doesn't goes extreme on prices.

Yes you can rollback to Oreo. I had the same problem.  There's a (How To) video on YouTube.  It took me about 20 minutes to have my original phone back.  A lot of us really dislike the Pie One UI update.

It's not quite as simple as just rolling back, you need to look up the buiod/base number and see what it all means. A lot of people on pie can't go back now because one digit has changed. If it's a 2 or lower you can but higher you can't. Not without rooting but I've also heard you can't root a snap dragon variant.

So yeh, I'd Google plenty first. 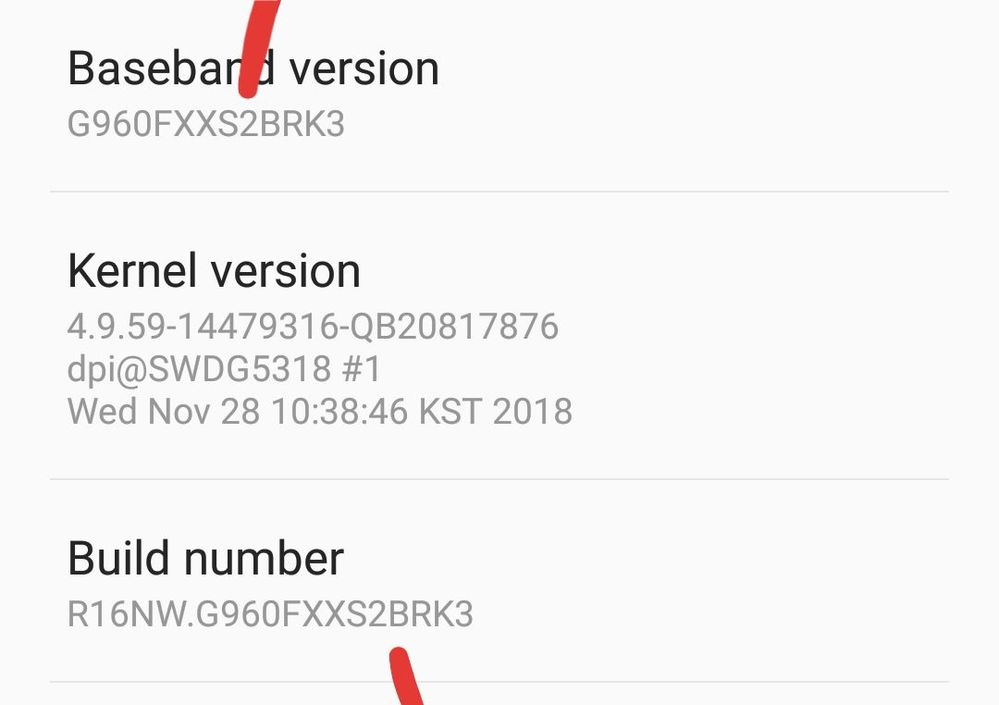 I rolled back months ago as soon as I realised what a mistake I made having auto update set up... the only issue I have now is the constant intrusion from Samsung trying to force the *****test update ever on me! What is it with companies trying to dumb everything down and assuming we want changes!!!! If a provider comes out and guarantees or offers you a multiple choice of operating systems and won't change it in the future, I'm 100% a lifelong customer....