So I should be fine with this? 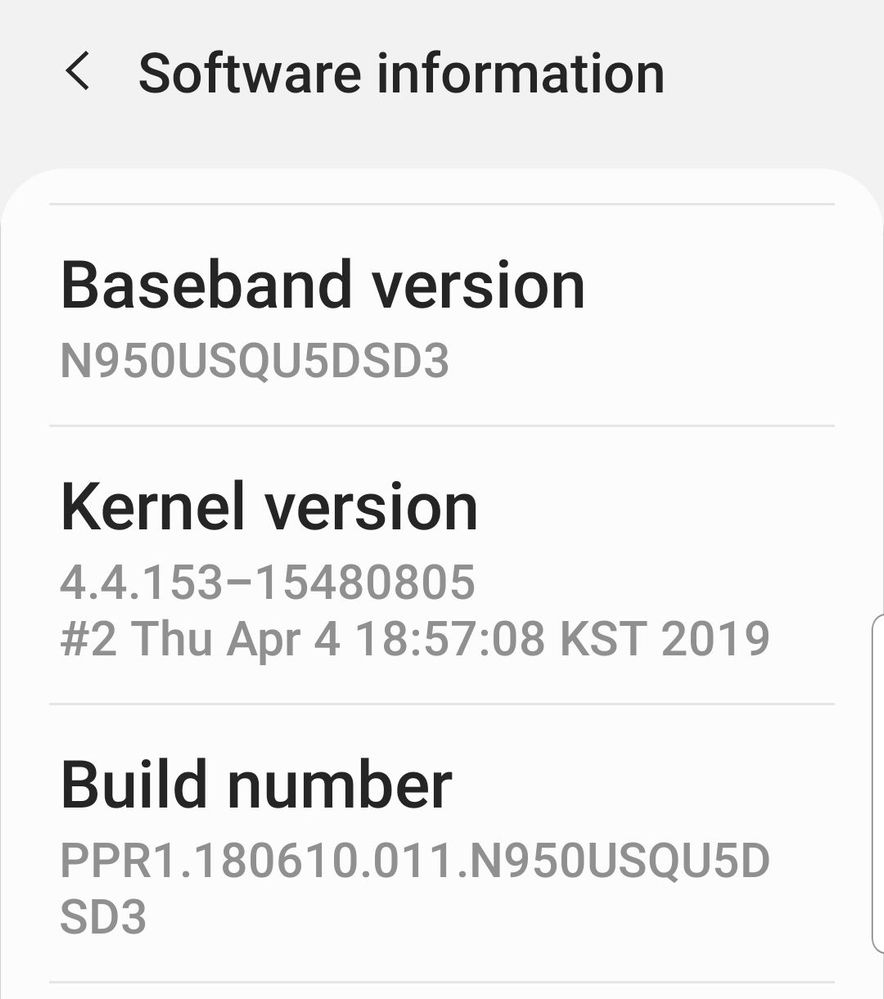 I'd Google the build number info, being a note? It might be different. You seem to have a 5 which is different to the S9 that only have a 1 2 or 3

@RaeMiniHopa wrote:
Anyone else noticed the phone running abnormally hot since this upgrade? I have, charging has been slower as well. Has Samsung pulled an iPhone stunt update that affects the phone's battery life? Feels like it. I keep receiving updates on this thread by users and Samsung is oddly quiet. If a Samsung moderator reads this post, we would love to hear from you on FIXES!!!

Sounds like something is buggy with your phone, wiping the cache partition can sometimes cure things or failing that a factory reset. If factory reset you need to back up anything you want to keep because it's like a brand new fresh install so everything gets wiped.

My phone ran sweet on pie, charged f8be and battery life was a bit better. Never had any excess heat with oreo or pie.

Ok, I've successfully rolled back to Oreo from Pie. I finally have my phone back. Thx for all the input guys. I really appreciate it.

Yeah I have a9 2018 and super hate the interface, the falling bar is terrible,I didn't pay almost 700euro to hate my phone,WTF Samsung

I think after the lack of response or any interest or engagement from Samsung I'm probably going to change brands.

I'm currently thinking about the Google Pixel or the Huawei.

Has anyone any experiences of those I'm interested in the camera since Samsung totally borked mine deliberately :( .

I will probably say the most important thing on my phone is the camera I'm constantly taking snaps of things and used to love the quality but since the upgrade I may as well use an etch-a-sketch.

I am heading towards it not being Huawei with all the cover for other trade embargoes and Google dropping support and everything it seems to me like Google Pixel might be the Smart Move but I'm really curious about the camera.

Just wondered if anyone had any customer experience with it

I would keep in mind that Google is the author of the Android PI update, Samsung was one vessel for them. 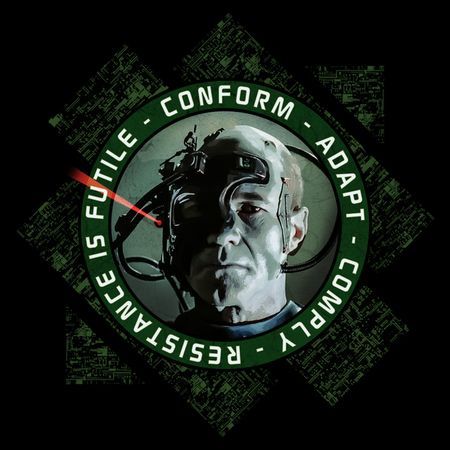 I had occasion to check out an  new IPhone, the camera was great.

I spent a few hours yesterday dealing with another update on the PIE. I generally power cycle my phone on a regulare basis, and in doing so a patch or something installed. It made the icons so large that only three could fit on a page, the grid size adjustment in settings completely disappeared, as did the icon pack I had installed. Oh how heavenly!!!

Called the TMobile people(they were perplexed), they sent me to Samsung who was  confused but stated that I wold need to wait until the next update cycle, and hung up on me.

So I began over with TMobile, then to Samsung, only this time the tech said that it appeared the software only partially updated and I would neeed to do a factory reset. Oh Joy, Oh Joy. I did a fresh backup, did the reset, the phone returned to the same POS it was after the One UI PIE downgrade and I started over.

It is very frustrating having to spend more time fixing than using.  I guess the new Motto for Samsung is: Fix it until it's broken!

The camera is one of the if not the best camera phone. Huaweis future is very uncertain at the moment so i shud not want to buy that. However, go to a phone retailer and see if you can look around inside the google pixel and see if you like its software design and exterior astethics.

RaeMiniHopa
Apprentice
Feeling the same...
Discovered mirroring my phone to Sony blu-ray is failing miserably after the last update on top of their major update. It was working before that. I also cannot use mobile hotspot. Was on the phone with At&t, they did what they could then sent me to Samsung support, the person on the line was clueless. She told me to bring my phone to their service center an hour away and refused to connect me with experienced tech support.
I did a factory reset and still having the same issues. My next purchase won't be a Samsung. I bought a Samsung Tab S and the thing had internal battery issues, the ribbon cables just disintegrated after battery over heating, it was fixed once under warranty then died just out of warranty with the same issues. Super disappointed in Samsung.
0 Likes
Reply
Highlighted

I would keep in mind that Google is the author of the Android PI update, Samsung was one vessel for them.

I had occasion to check out an  new IPhone, the camera was great.

That's what I thought before but the issue isn't pie, it's the one UI that samsung have added.