What are the Samsung House words? OneUI 2 Beta is coming...

Kay9
Apprentice
I wasn't laughing at ur problem..... Ur problem is peak ngl.... But i was actually laughing at the fact I thought that I was getting hacked 😂
0 Likes
Reply

Rebooted my phone this morning (ZSJF) and it insisted that my PIN was incorrect afterwards.

This proved to be a major issue, as I couldn't fully restart it (PIN after restart), but couldn't power it off either as that also required the PIN.

Long story short, I realised that a Factory reset was needed, but despite knowing the procedure, could do nothing but take it to a service centre at my own expense.

Apparently the issue is known by the beta team, but obviously not common, and a fix will be included in the next major release, but I can only assume that if you restart your phone on this build, there's a possibility you will be locked out of your phone..

Furthermore, when my handset was returned after being reset, it was back on Android Pie, and despite re-registering to the beta program, my status now insists that I've "withdrawn " ..

Addressing today's common questions in posts separated by theme tonight to make sure it's clear.

On the reported screen lock issues

We did receive reports that some beta testers were locked out of their phones when running the ZSJF version of the Beta. The development team got straight on it and have now have now patched this in the latest version, ZSJL that began its roll out today.

@Dan77, we're sorry that you were impacted on this. As it was necessary to roll you back to Pie, you'll need to wait for us to release the software via a path from Pie > ZSJL (instead of ZSJF > SZJL like the users still on that version). We're still looking into why you were 'Withdrawn' from the programme as this was not our understanding.

@Adamksc Glad to hear that this is now sorted. A couple of questions:

- Have you updated to ZSJL today?

- What version of the SW were you running when you encountered this?

- Can you confirm that it just let you through without security? Can you give a description of this?

The updated biometric security policy from Google in Android 10 means that you need to enter your alternative security (password/pin/pattern) after a specific period of time. This was the case on Pie (Android 9) but the frequency has now changed

@Kay9 , I believe this is what you have reported today

What variant do I have?

@Damo14 and @Gavlee2010 you have a Three model variant and as a result cannot join the Beta Programme. This doesn’t mean that it is network or SIM locked where you wouldn’t be able to use a different network operator SIM card in your phone, it is simply the build of your phone and is associated with your model, serial number and IMEI.

@Gav4b, this is still a AUT/XEU, XEU/AUT variant. This is not a UK model so you will are not eligible for the beta programme in the UK. Did you buy your phone in the UK? I think your CSC codes changed because of the positioning of the SIM cards, I'll need to check this with the technical folk. 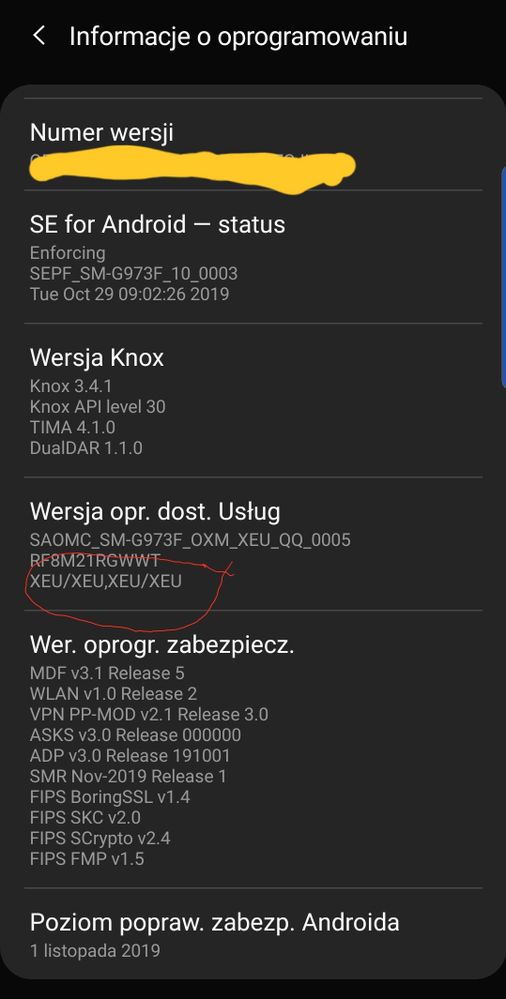