Mine works perfectly at short distance (e.g. 4-5 cm), but only if I let it focus on it's own. If I tap on the screen to focus on a specific area, everything gets blurry (including the point I just tapped).

I've been told to go to a service centre, but I still think this is a software issue. If there was something physically wrong with the camera, all photos would be out of focus. Not to mention by now the phone has a bucketload of personal data and details, so leaving it for servicing would mean to reset to factory settings first (and then go through the hassle of restoring all of that).

It would be good to know whether Samsung is looking into this issue and working on a patch to fix it?

Either way, I was not expecting to get poorer photos by upgrading my phone. I absolutely loved the J7, so I decided to stick with Samsung, but next time I buy a phone I'll probably take a better look at other brands.

I have the same focus issue with the A70.  I am also frustrated that the motion picture feature is no longer available as well.  This is my 3rd Samsung phone.  I have enjoyed the great picture quality of older models so I hope this is a software issue that can be resolved URGENTLY.

I am having same issue. I got phone mainly for the camera and pictures are terrible in comparison to my 13mp older phone. Its seems to me it optimises the photos itself. Any help appreciated.

I agree with you it is most probably a software issue. I tried other apps which can take photos and when I press to focus, I can see the chosen point going in focus and then in the next second it goes out of focus again.

I tried to take a few photos this week on a ski area (sunshine, plenty of light) and I ended up deciding I've had enough of this POS phone. In 80% of the cases, the photos were out of focus. The lens were perfectly clean and the reason for this lame results were the garbage rear camera and its focus algorithm.

Anyway, I won't buy anything from samdung in the future 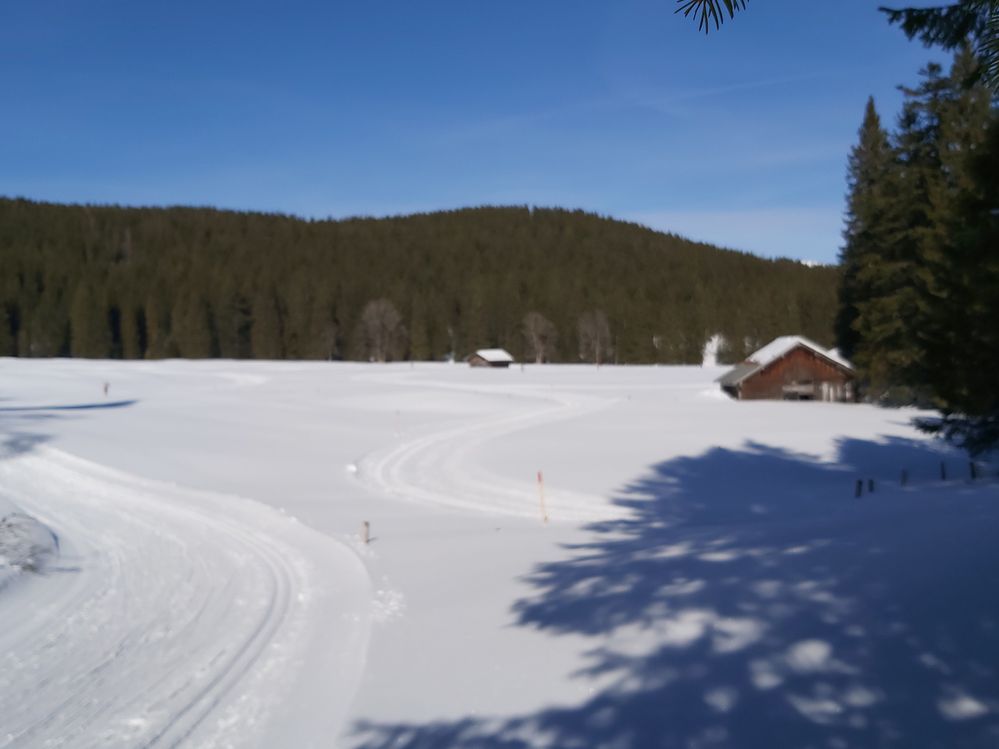 This is an example in which the rear camera went out of focus about a second after it seemed to be spot-on. The focus point was set for the house on the right

bbolo1
Apprentice
I think you should get rid of this phone. I have the same focus issues plus the horrible camera quality (worse than even A50!!!) and I am planning to get a different brand phone. Next samsung phone - No, thank you. I'll get a different brand in the following days
0 Likes
Reply
Highlighted

It happens to too many people so I don't think it's worth paying a visit to a support center. It looks more like a software bug, hope it's not a design flaw.

When I 1st noticed the camera issues (~Nov 2019) I was hoping the future software updates will fix the issue. I updated the system software about 3 times since I got the phone. I have the latest update right now. Pretty much all the system update summaries were mentioning fixes to the fingerprint sensors but nothing about the camera.

Just to be 100% sure it isn't an issue with my phone I went to one of the big electronics retailers in my area and I tried the A70 and the A71 phones that were there for demos.

I could see pretty much the same focusing issues with the A70 there (in many cases the camera doesn't end up with the proper focus even though the camera app says it is in focus).

The demo phone had no system updates, however it behaved pretty much like mine which has the latest update. At this moment I am leaning towards a poor quality image sensor rather than a software bug.

A71 is much better to acheive good focus but we have to keep in mind it uses a different image sensor.

Now, speaking of the system software updates. After the latest system update I am no longer able to register any fingerprints anymore. I am following the instructions and press the finger as suggested by the phone but in the end the fingerpint recording app gives up and tells it cannot register the fingerprint.

My fingerprints haven't changed, only the system software.

Did anybody experienced the same issue registering fingerpints?

I have the same camera auto-focus issue with Samsung A40. It is embarassing...

I've been having the same problem and it is quite annoying. The focus is slow and often incorrect and when you press the shutter button it takes a few seconds to work and you end up missing the shot.

What helped me quite a bit was to turn of the "Scene Optimizer" on the camera's settings. That usually keeps trying to figure out how to improve the photo before you take it, which delays the whole situation. It's not 100% yet, but definitely better.