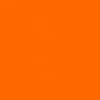 I've had my camera since 2013, old news I know, but in that time I never updated the software. Recently I’ve been using it & tried to figure out how the hell to update the firmware?! I’ve tried everything to no avail. The settings won’t let me as it’s greyed out, the software that apparently is built in & can be downloaded when connected to your computer has never appeared, so after some digging around I found  someone on here that posted a link to it which I was able to download. After I select to update it i got an error saying that it had trouble connecting? Even downloading it from the website has proven difficult as it just makes copies of the zip file. I’m at a loss. If anyone knows how to resolve the issue i’d greatly appreciate it. Cheers!

Did you manage to get this sorted out or are you still having the issue?

Still having issues. I managed to transfer the updated software to the SD card, but once it’s brought up onto the camera & the update has been confirmed the progress bar isn’t moving? It’s saying updating, but the bar isn’t moving?

I had exactly the same problem upgrading from 1.13 to 1.15, but then I realized I was missing one firmware file (it´s 2 files, instead of 1).

Has your Camera now been successfully updated, @jcordeiro?

So you downloaded the files on your Mac before transferring to the camera?

jcordeiro
Apprentice
Yes, I got the 2 files from here: http://samsungnx.herokuapp.com/software
Copied them to the root of the SD card and ran the update from the camera (Menu > Settings > Device Information > Firmware Update).
1 Like
Reply
Highlighted

Great news, @jcordeiro! Thanks for the update!

@I_Luv_Orange - if you haven't already sorted this, hope this helps.